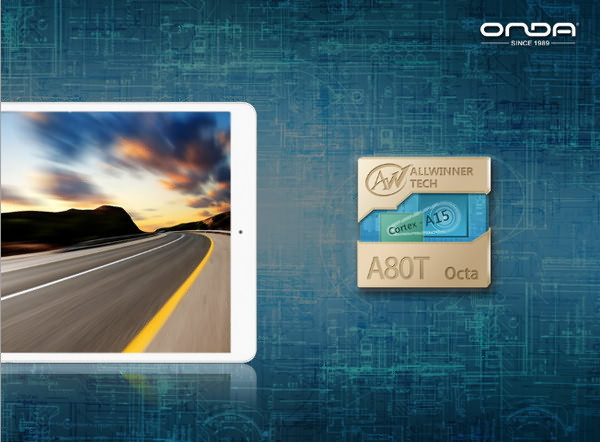 Although China's smart-device reputation may have taken a slight stumble with the news that at least one clone phone had malware baked into the firmware, there still remains dozens upon dozens of reliable manufacturers that are always pushing the boundaries and raising the bar for mobile technology.

One of these companies is the Chinese tablet manufacturer Onda, who has  raised the bar once again with their latest generation tablet titled the Onda V989.

The Onda V989 comes equipped with the latest generation Allwinner processor: the A80T. This chipset shares the same big.LITTLE architecture as that found in Samsung's Exynos range, in that it has four A7 cores and four A15 cores. It runs either block as required: the former to save battery life, and the latter when greater performance is needed. 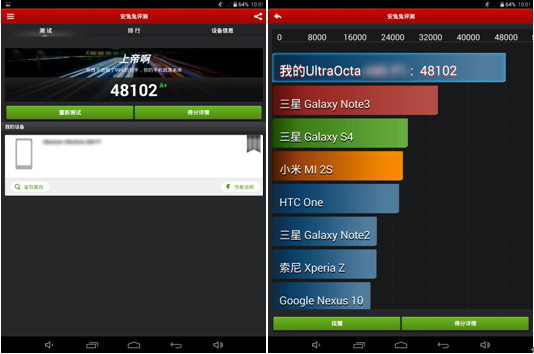 The tablet has justbeen recorded in AnTuTu clocking 48,102 points, which is almost a third more than the Samsung Galaxy Note 3 and almost twice as much as the HTC One. The chipset is aided by a PowerVR Series6 GPU-- the 64-core Power VR G6230-- which means you should expect some pretty great performance from the tablet when it's finally released.

Some of the other specs include:

Its worth mentioning that the Allwinner A80T also provides support for 4K video decoding/encoding. Although the screen resolution is far from 4K, what it does mean is that it is a somewhat future-proofed chipset that won't reduce the tablet to a glorified chopping board as higher resolution media become more typical.

Intended to be priced at $220, and most likely carrying the latest version of Android, it appears that the Onda V989 will definitely be something to look out for once its available for purchase.