One of the features that has had people talking about the iPad is its iBook Store, and how it will compete with Amazon's Kindle device, amongst others. Another talking point has been whether or not Apple would allow Amazon to offer its books directly on the iPad, where the two platforms would be competing. Apple has been known for rejecting applications due to "duplicating functionality" in the past, which raised the question of whether or not they'd do it again. Today, however, the question has been answered: the Kindle app for the iPad is now on the App Store, ready for anyone to download.

The Kindle app works very much as you'd expect (similarly to the iPhone version), where you browse the collection of books, download the one you want and read it at your pleasure. Interestingly, a lot of people believe that it looks much better than the version on Amazon's dedicated Kindle device, noting that they would prefer to read it on the iPad; regardless of which is the preferred device to read Kindle books on, Amazon will come off the victor.

Macworld editor Jason Snell posted a picture of the app earlier (as he has early access to an iPad), showing that it looks very similar to Apple's iBooks, complete with page turning animation and all. If you wish to try the Kindle app on the iPad when it is released in a matter of hours, head to the iTunes Store to download it. Keep in mind that it runs as a universal application, so you'll know you've got the right one if it has the + icon with it. 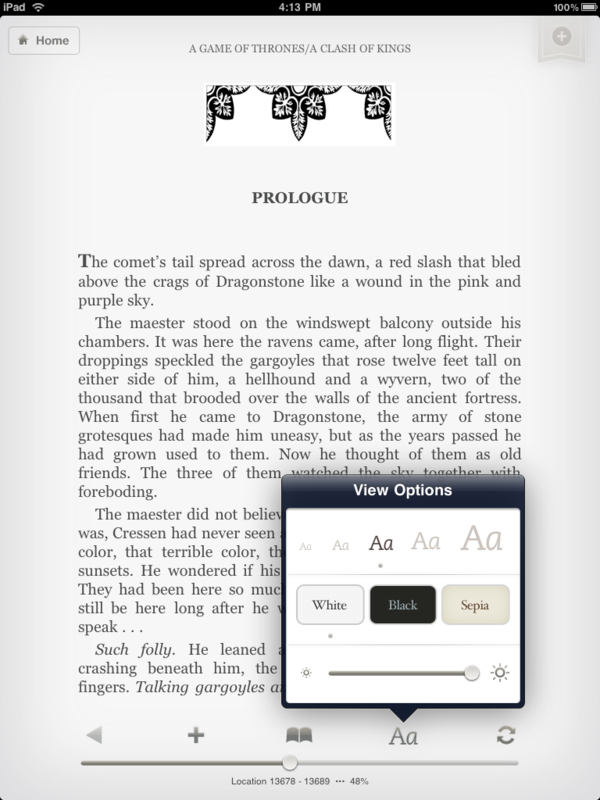