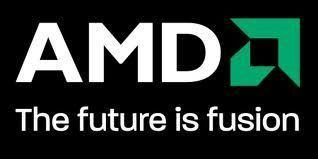 A few days ago, a leaked internal presentation from processor maker AMD showed off the near future of the company's plans for its Fusion line of chips. Now AMD is saying that its first batch of Fusion chips are so popular, they have "sold out" of the processor. CNet's News.com reports that it interviewed Raymond Dumbeck, the product marketing manager for AMD's mobile product. Dumbeck is quoted as saying, "Demand far exceeded supply" for the Fusion chip during AMD's most recent fiscal quarter.

So far AMD says that it has shipped 5 million of the CPU/GPU Fusion chips to its various partners since the first product in the Fusion library started coming out in the fourth quarter of 2010. That number includes between 3.5 million and 4 million Fusion chips that AMD says it has shipped in the first quarter of 2011. News.com reports that notebook companies such as Sony, Hewlett-Packard, and Lenovo are creating new small notebooks designed for AMD's Fusion chip.

In fact the whole "netbook" trend seems to be disappearing as more and more companies are either making small notebooks or getting into the tablet market. Even a rep for Intel, who has been a strong supplier for chips for many netbooks, seems to agree that the catagory is being replaced by tablets. Tom Kilroy, a senior vice-president for Intel, is quoted in the article as saying, "It is fair to say that if people have discretionary income and they're going to spend 500 or 600 dollars, it's a tablet today [which] could have been a Netbook a year ago. So, there's no question there's a substitution that could be happening there."