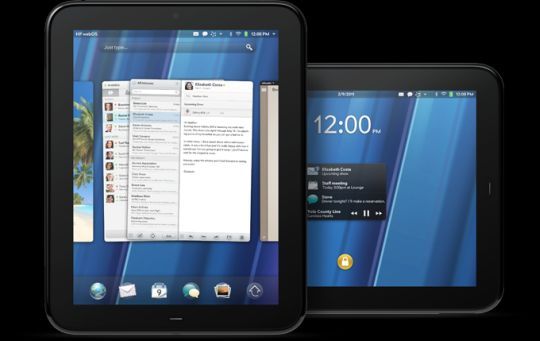 HP has been pretty silent for the most part about its upcoming entry into the growing tablet market. However we could be hearing more info about the tablet based on HP's webOS platform very soon if current rumors are to be believed. According to a story over at Precentral.net, they claimed to have received some inside documents from HP that seem to show a June 12 release for the TouchPad.

The alleged documents were reportedly made for "business customers and resellers" and cover things like system specs, model numbers, accessories and more. So far HP has yet to confirm any release date for the TouchPad other than a vague "summer" release schedule.

As has been reported previously, HP's entry in the tablet world comes from their Palm division which HP acquired in 2010 for $1.2 billion. It was first announced in February 2011 and will come with a 9.7 inch screen and have a dual-core Snapdragon-based processor inside. It will also have the third generation version of the webOS operating system that Palm first created for its smartphones before HP bought Palm. Pricing for the HP TouchPad has also not been announced. HP has also revealed plans to release notebooks and even desktop PCs with webOS installed.

The TouchPad will enter into an already crowded tablet market that has seen Apple's iPad dominate in terms of sales. Motorola's Xoom tablet, Samsung's Galaxy Tab tablet and most recently BlackBerry's Playbook tablet have all launched in the last few months with mixed reviews and sales.