We have seen more than a few leaked photos of the upcoming 6-inch Nokia Lumia 1520 over the past few weeks. Today, another such image of an alleged Lumia 1520 has come to light and this one really shows how a large display can be used by the Windows Phone 8 user interface. 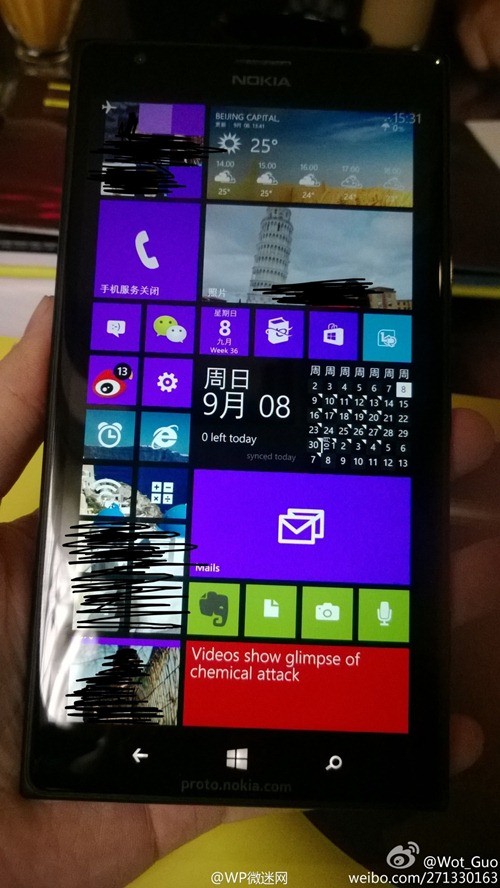 The 1520 is expected to be revealed in a press event in New York City on October 22nd. The phone is also supposed to have a Qualcomm 800 Snapdragon processor inside along with a 20-megapixel rear-facing camera. AT&T is rumored to be the first carrier in the U.S. that will sell the 1520 and it is expected to go on sale on November 8th.