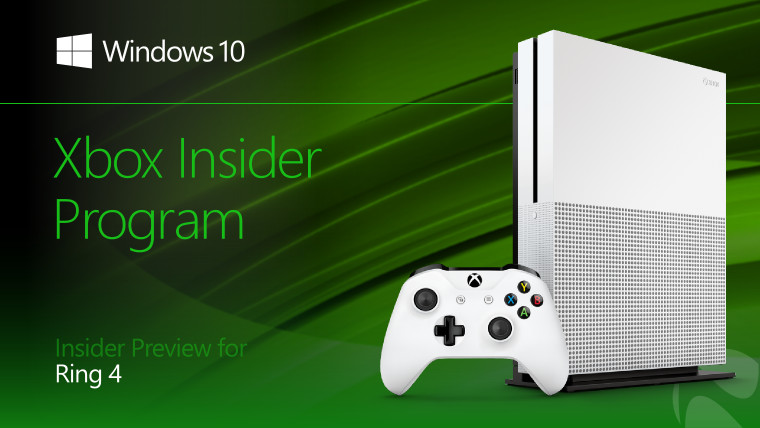 Today, members of Ring 4 of the Xbox Insider Program are finally getting their first taste of the upcoming Creators Update. The first build to hit the ring is rs2_release_xbox_1703.170323-1228, and it's an update to 15063, which is the RTM build.

If you're unfamiliar with how the Xbox Insider Program works, Preview Ring 4 is the only one that doesn't require an invitation. It's where you end up when you sign up for the Program, but you can work your way up by completing Quests and Surveys in the Insider Hub.

It's basically the equivalent of the Release Preview ring in the Windows Insider Program, as it's meant so that users can preview updates that are going to roll out to the general public. Of course, this is even more evidence that build 15063 is indeed the RTM build, just in case you needed it.

The Creators Update for the Xbox One includes a new Dashboard, a Guide, built-in Beam streaming, a new Beam app, and much more. Naturally, anyone is free to try it out now, even if you're brand new to the Xbox Insider Program.