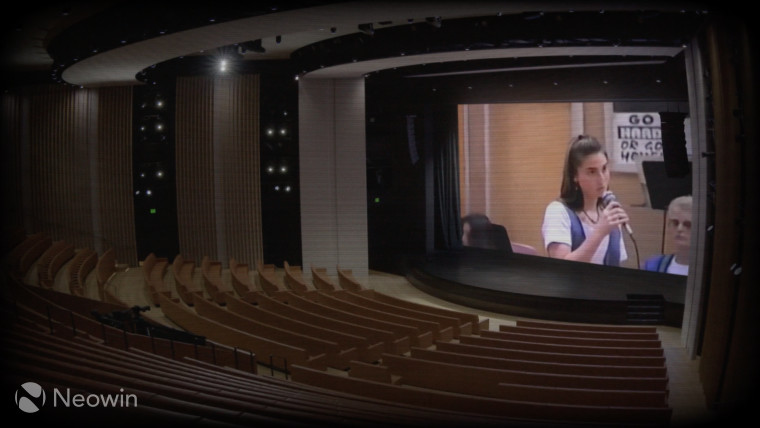 A couple of weeks ago, Apple officially announced that it would be holding an event on March 25. The company kept things vague as usual, only teasing the announcement with the headline: "It's showtime". Now, a day prior to the event, Apple has started a "livestream", giving us a glimpse inside Steve Jobs Theater, where cryptic clues of what's to come are being broadcast.

To the casual watcher, the video stream shows off four different angles of the Steve Jobs Theater. As you might expect on a Sunday evening, the theater is empty, ready to be swamped by a crowd of journalists in just a few hours. Taking a closer look at the feed, we can see that there are scan lines, perhaps to give it some warmth, maybe even meant to emulate the look and feel of older tube televisions. The desired effect could be anyone's guess and will only most likely make sense after the reveals that will take place at the event. 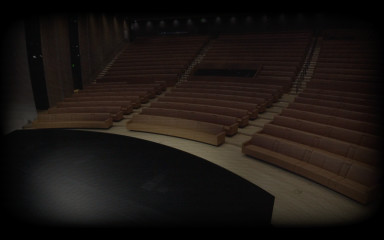 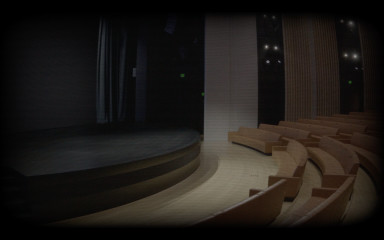 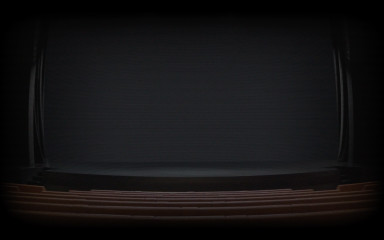 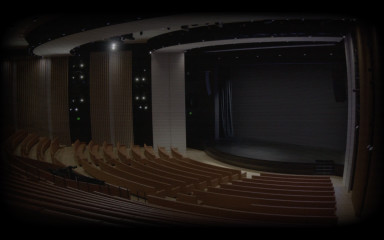 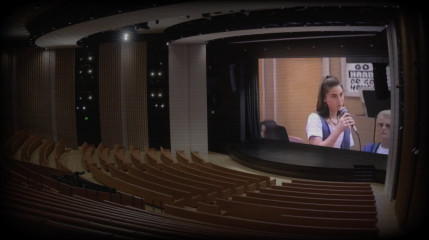 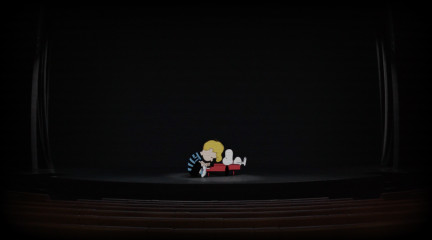 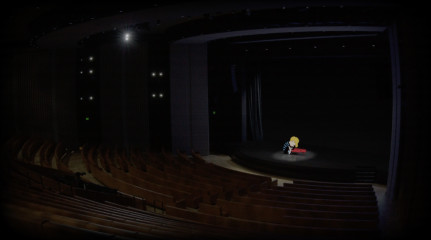 Now, as mentioned before, the stream is being advertised as a live feed, but there a couple of things that just don't seem to add up. The first indication of this occurs whenever a video plays on the main theater screen. Now, this isn't strange in itself, but the video playing just doesn't seem to match the atmosphere, meaning, it doesn't look to be projected and looks to be added in post. What solidified the notion of it not being a live feed was when Schroeder and Snoopy from Peanuts made an appearance on stage, which although cute, just isn't possible.

Doing a little digging, it seems others have experienced different videos that seem to play at random. While others have spotted Apple's "Flurry" screensaver and Chris Evans, we noticed a woman singing Exposé's I'll Never Get Over You Getting Over Me, which you can see in the image at the top of the article. Doing a quick search on YouTube revealed nothing, but maybe you'll have better luck digging up the source. Again, this is speculation and the video feed could be live with edits occurring in real time, but we won't be able to verify.

As for what we might see tomorrow, there has been speculation that the company will finally unveil its long-rumored video streaming service, along with a brand-new news service. Those hoping for new hardware at the event might be out of luck, but Apple did announce quite a bit this week leading up to the event, with new iMacs, a refreshed iPad Air and iPad Mini, and new AirPods. Luckily, we won't have to wait long to find out what Apple has up its sleeve, as the event will take place at 10am PST. Be sure to check back tomorrow with our full coverage of the event.