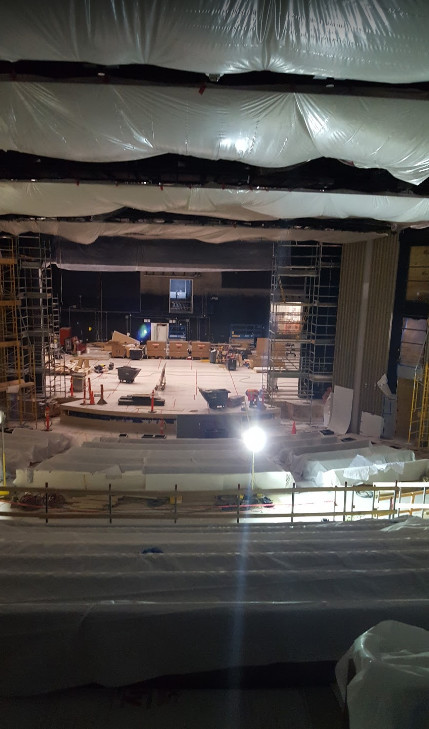 After all of the leaks and rumors, the time is almost here, with Apple holding an event on September 12. Although we are still a couple weeks away, it has been confirmed through press invitations that the event will be held at the newly opened Apple Park. Furthermore, the invites confirmed that it would be taking place in the Steve Jobs Theater.

While we have seen the exterior of the structure in great detail before, we now get to see the interior weeks in advance thanks to an upload on Google Maps. While there isn't much context here, we get several clear photos of the location during construction. The space is mostly underground and will be able to seat 1,000 guests, which is considerably less than Apple's previous venues. Although this is only a preview, it will be interesting to see what the final product looks like.

As mentioned before, Apple will hold its event on September 12 where it is expected to announce a trio of new iPhones, the new Watch 3 with LTE connectivity, and an Apple TV with 4K support.