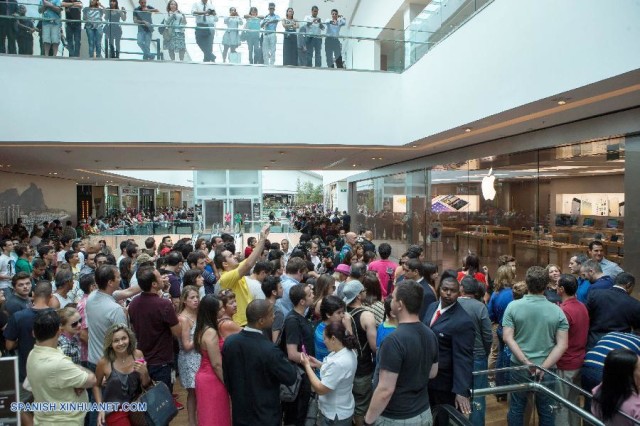 Apple has expanded its retail stores to 15 countries with the latest launch in Brazil's second largest city of Rio de Janeiro.

The latest Apple store became the first one in South America and was flocked by excited fans similar to the lines generated by iPhone launches, as seen in the photo above during the inauguration. Brazil is the most expensive market to purchase an Apple product as reported by SCMP. Import duties on Apple products are quite high in Brazil as a result of which, the minimum price for an iPhone 5s is around $1100 for the 16GB version, which 'only' costs $649 in the United States. The iPad Air is also priced a bit dearer at $700 in comparison to the US where it costs $449.

Some of the people interviewed at the launch believed that prices of the devices in Brazil would come down over the next few months, and that there was plenty of excitement for Apple products in the country with a population of 200 million.