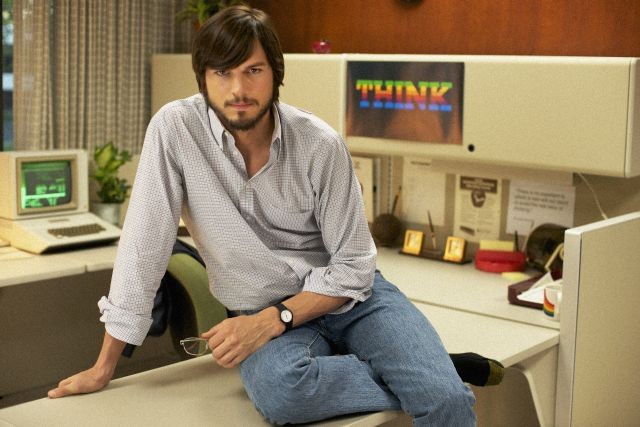 The long awaited launch of the biopic focusing on Apple founder Steve Jobs will make its world premiere during the world's best known independent film festival. Today, it was announced that the movie, now titled simply as jOBS, will be the closing film for the 2013 Sundance Film Festival in Park City, Utah.

The film itself, which stars Two and a Half Men's Ashton Kutcher as Apple's late founder and leader, will be shown on January 27th. The press release came with the first official image of jOBS, showing Kutcher's interpretation of a young Steve Jobs in the 1980s.

Directed by Joshua Michael Stern, the film is described in the press release in the following synopsis:

The true story of one of the greatest entrepreneurs in American history, jOBS chronicles the defining 30 years of Steve Jobs’ life. jOBS is a candid, inspiring and personal portrait of the one who saw things differently.

Besides Kutcher, other well known actors who will appear in roles in jOBS include Dermot Mulroney, Josh Gad, Lukas Haas, J.K. Simmons and Matthew Modine. In our interview earlier this year with the movie's producer Mark Hulme, he told us that the film will " ... primarily focuses on the early years of Apple, its founding and the up and down years: 1971 - 2000."