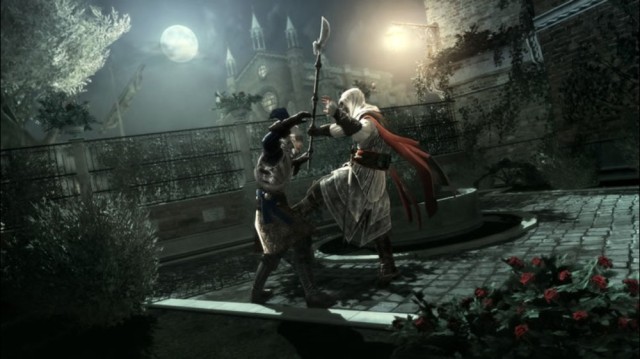 Xbox Live Gold members can now finally download the previously promised Assassin's Creed II game from Ubisoft for free. The second game in the long running historical action game series (with a sci-fi twist) normally costs $19.99 to download for the Xbox 360. The free offer will last until July 30th.

In addition to the free game, the Major Nelson website also reveals that other games in the Assassin's Creed series will have special price cuts on the Xbox 360 from now until the end of the month. The first Assassin's Creed game, along with Assassin’s Creed Brotherhood and Assassin’s Creed Revelations, each get a $5 price cut to just $14.99 each.

Microsoft has yet to announce which two games will be made free for Xbox Live Gold members in August. The free Xbox Live Gold games program is supposed to stop at the end of the year but Microsoft has indicated it might continue if it is popular enough.