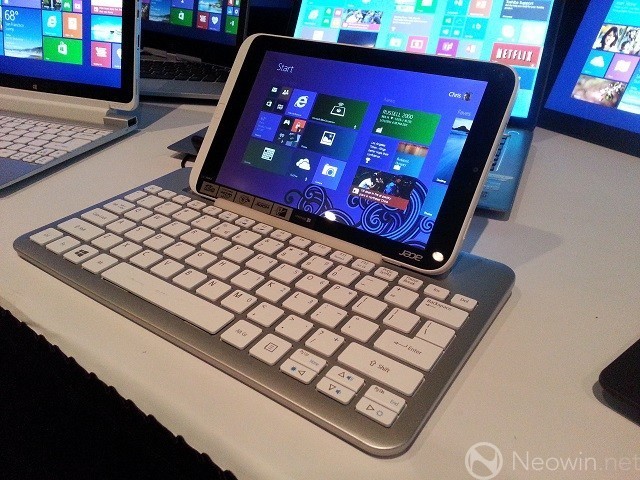 Acer's Iconia W3 went on sale in June as the first Windows 8 tablet with an 8.1 inch display. However, the reviews have not been as good as expected, part of the reason was the low resolution 1280x800 display. Now two reports claim that Acer is planning to release a new version of the tablet with a better IPS display.

One of the reports comes from the Dutch language site Tablet Guide, which claims that some retailers in the Netherlands have already stopped selling the Iconia W3. Another report, from Tweakers.net, claims that the successor to the Iconia W3 will be released in September with an improved IPS LCD screen. The same report, which claims to have heard this news from an Acer spokesperson, also states that the improved tablet will be thinner and lighter than the current Iconia W3. We have contacted Acer reps in the US to confirm these reports.

So far, no other PC maker has officially announced plans to offer a Windows 8 tablet that's smaller than 10.1 inches. In June, Microsoft showed off an 8-inch Windows 8 tablet from Lenovo called the Mix at Computex but so far the company has yet to announce the product on its own.

Update: An Acer spokesperson has told Neowin that rumors of the company discontinuing the Iconia W3 are "false". As far as future versions of the tablet, the spokesperson stated, "We don’t comment about future product plans."