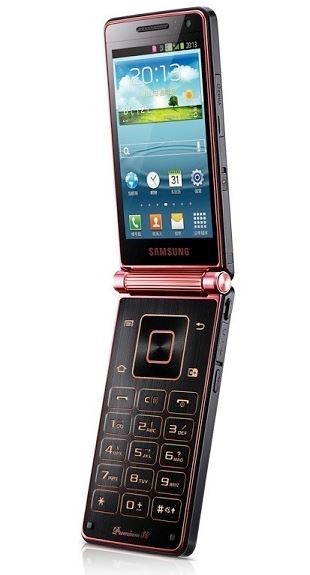 Could appeal to Trekkies though?

Samsung has a huge number of mobile devices on the market, but an Android-based flip phone has never featured heavily their portfolio. That could be set to change, with word of such a device releasing in August.

Identified as the ‘Samsung Galaxy Folder’, it will feature a 480x800 WVGA display and a dual-core Snapdragon S4 SoC. Upon release, it will ship with Android 4.2.2 (Jelly Bean) and connect to LTE, though it will be pitched as a lower-end handset.

Owing to the flip form factor, the phone will be launching with one of those old-fashioned alpha numeric keyboards, so it should be interesting to see how Android translates this input method. Model numbers mentioned have been SHV-E400S and SHV-E400K, so there could be two variants of the phone (possibly one with and without LTE radios?).

The flip form factor has been dead for a while, though Samsung's revival is seemingly only going to happen in South Korea, as their prior attempts have in other markets. If you want one that badly you could import the device, but who would go to such lengths?