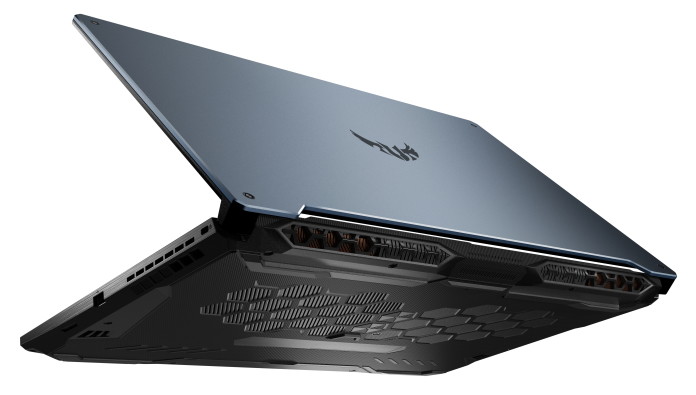 Yesterday, AMD formally introduced the new Ryzen 4000 series of mobile processors, the first x86 notebook processors to be built on a 7nm process. Not to miss a beat, ASUS quickly introduced new ROG laptops, powered exclusively by the new Ryzen processors. If you're not into the high-end market, ASUS' more affordable TUF Gaming brand also has some new laptops with AMD's latest and greatest, but these will actually be available with Intel's 10th-generation H-series processors when they're available.

The new laptops are the 15-inch TUF Gaming A15 and F15 and the 17-inch TUF gaming A17 and F17, with the F models being powered by Intel processors. Most of the specs should be the same, but since Intel's processors aren't official yet, ASUS specifically discussed the AMD-powered variants. Both sizes will come with up to a Ryzen 9 processor with eight cores and 16 threads, promising twice the power of the previous generation. Both laptops have up to 32GB of DDR4 RAM and 1TB of SSD storage, and the battery is also fairly impressive at 90Wh. If you need more storage, a second M.2 slot is available for expansion.

Keeping things cool, ASUS is using its self-cleaning airflow system, with a honeycomb pattern on the underside being used for air intake. Both laptops come in a flat Fortress Gray color or a more aggressive-looking Bonfire Black. The WASD keys on the keyboard are translucent to let the RGB lighting shine through.

If you're more into desktop gaming, there's also a new TUF Gaming monitor, the VG27AQL1A. It has a 27-inch 1440p IPS display with a refresh rate up to 165Hz, and a 1ms response time. It also complies with VESA's DisplayHDR 400 certification, and there's fairly slim bezels on the sides and top. The company redesigned the stand to be V-shaped instead of a rectangle.

ASUS didn't provide pricing or availability details for any of the new products, but they should be available sometime this year.