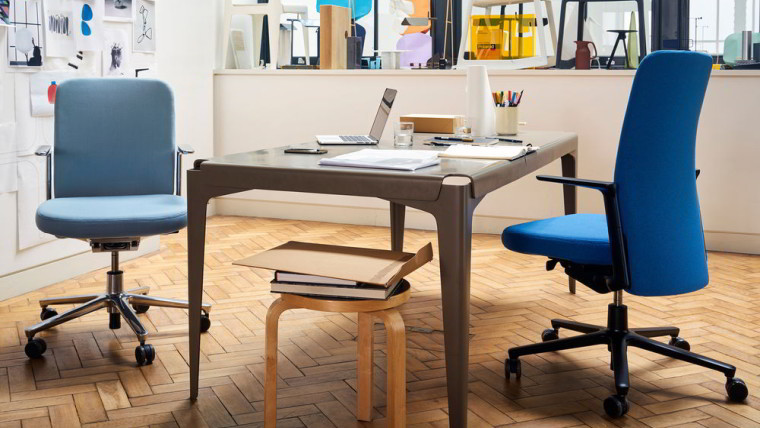 When building its state-of-the-art $5 billion Apple Park campus, Apple apparently wanted to spare no expense in making sure its employees were comfortable while working. So when Chief Design Director Jony Ive went shopping for office chairs, he wasn't going to get any run-of-the-mill item from the local office supply shop.

Apparently, Ive was sharing drinks a few years ago with industrial designers Jay Barber and Ed Osgerby, head of design house Barber Osgerby, according to an article in Fast Company. The trio began talking about office furniture, and the subject came up of a new office chair designed by the pair coming from furniture maker Vitra. It was billed as "quiet" and "smooth," something that piqued Ive's interest, given his penchant for designs that are so simple, they seem "inevitable."

The ensuing discussion sold Ive on the Pacific Chair, and he ordered one for every workstation at what was to become Apple Park in Cupertino. Each chair retails for $1,185, and the Apple campus can house 12,000 employees. Granted, not every employee will have a workstation, and the price was probably discounted for the bulk purchase, but any way you look at it, Apple employees are, well, sitting pretty.

But let's not sell the chair short. Let's let Vitra describe it for you:

Development of the Pacific Chair followed the guiding principle “full performance, quiet design” and achieved a harmonious combination of these two characteristics. The individual, high-quality components have a consistent design language, lending the Pacific Chair expressive clarity and precision. Its appearance is strongly defined by the backrest, which extends so far down that no mechanical components are visible from behind, with the exception of the base. With its linear silhouette and understated design, the chair is an ideal addition to any contemporary interior.

Despite the outlay for comfort, that didn't stop some from reportedly rebelling against the open floor plan of Apple Park. Of course, Apple could have easily responded "Let's sit down, relax and talk about this. Nice chairs, huh?"

Employees began shifting over to the Apple Park campus from their old location in early 2017. Most of the work is done on the 175-acre facility, which got an official debut when Apple held its iPhone X unveiling at the Steve Jobs Theater in September.