Most of us enjoy a casual game or two on our smartphones from time to time, but as handsets become ever more powerful, players are enjoying increasingly exciting and more advanced games on the move. But one manufacturer is hoping that the growth of smartphone gaming doesn't necessarily spell the end of the dedicated handheld console, as it prepares to launch a new device on Valve's Steam Machines platform.

Running the Linux-based SteamOS, the first devices to be launched by Valve's hardware partners have been pushed back to 2015. While most of these machines are intended either as living room consoles or alternatives to 'traditional' mouse-and-keyboard gaming rigs, efforts are under way to launch a handheld gaming device with SteamOS next year. 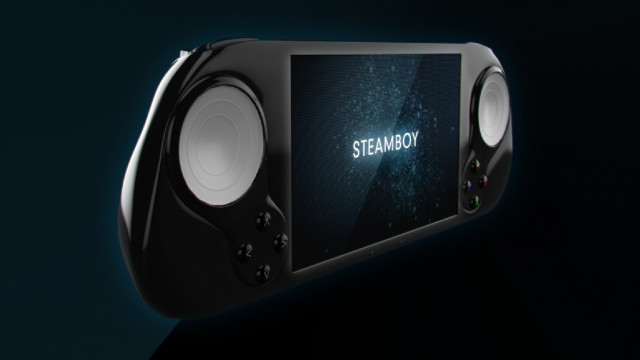 "SteamBoy is the first device that allows you to play Steam games on the go," says the company behind it, which is - a little confusingly - named SteamBoy Machine. "You will keep playing your favorite games at the bus stop, the office, the school or the doctor's waiting room."

The device was officially unveiled with a teaser video at the recent E3 2014 gaming expo, and the team behind it told The Escapist that the SteamBoy will include a quad-core CPU, 4GB of RAM and 32GB of storage, along with both 3G and Wi-Fi connectivity. 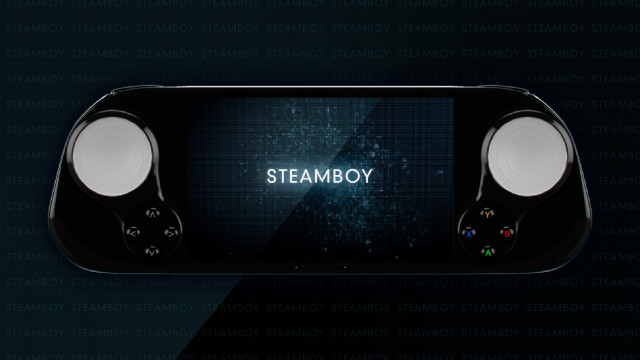 Its design clearly shares some commonality with the official (and redesigned) Steam Controller revealed earlier this year, with similar controls incorporated on the SteamBoy on both sides of its 5-inch touchscreen.

A spokesperson for the company added: "SteamBoy won't be as powerful as other announced Steam Machines, in the same way [that the] Nintendo DS or PS Vita performance is not comparable to a Wii U or PlayStation 4. However, it will be possible to play the majority of current games in Steam."

The renders seen here and in the teaser video are the closest you'll get to the actual device for now. In the meantime, check out the video and be sure to let us know your thoughts on the SteamBoy below!