Indian brand XOLO launched its first Windows tablet, the 'Win' earlier this week, and it will soon launch its first Windows Phone too. The company, which said in December that it aimed to be the first Indian vendor to launch a homegrown Windows Phone, looks set to be beaten to market by its domestic rival Micromax, which is understood to be announcing two WP handsets on June 16. 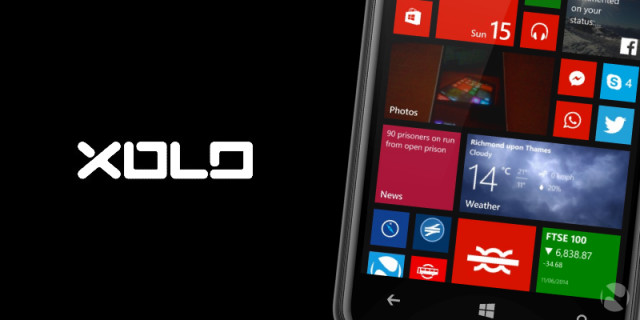 But while XOLO may be a little later than planned to the Windows Phone party, it may yet make an impact with its arrival. Unnamed sources told The Times of India that the company's first handset based on Microsoft's mobile OS will be ultra-light - indeed, it is said to be the lightest smartphone ever launched, weighing in at just 100g. Among the lightest smartphones currently on sale are Apple's iPhone 5s (112g) and the Samsung Galaxy S4 Mini (107g).

The XOLO Win phone will reportedly feature a 4.7-inch display and a quad-core Qualcomm Snapdragon 200-8212 chipset. The 8212 runs up to 1.2GHz, and its Adreno 302 GPU can handle HD (but not Full HD) graphics, although it is not yet clear if the XOLO device will feature a HD display, or one with lower resolution.

The new handset is expected to be announced in early July, and will reportedly be priced at around Rs.12,000 INR ($201 USD). XOLO did not comment on The Times' report, but with just a few weeks to go until the handset is rumoured to launch, we hopefully won't have to wait too long to find out more.

Source: The Times of India | image is illustrative, and is not intended to represent the design of the XOLO device