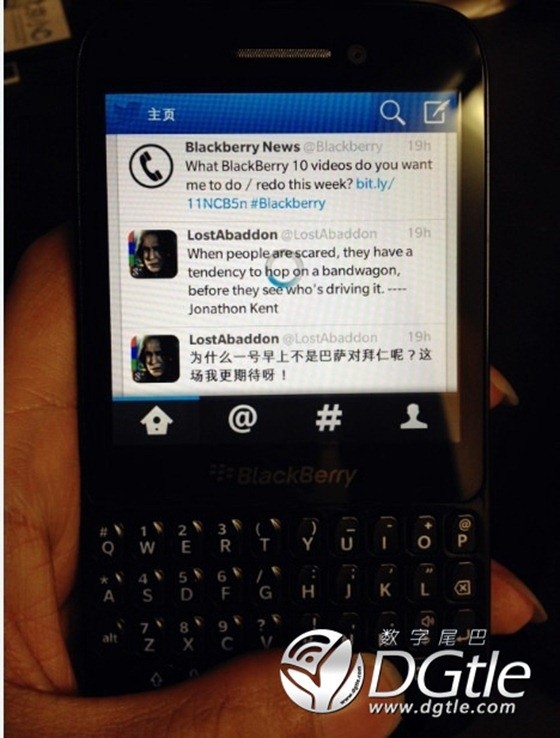 Smartphone maker BlackBerry is soon set to release the 'R10', a smartphone with a physical QWERTY keyboard emulating devices the company found its success from. In contrast with the rest of BlackBerry's ever-growing lineup of OS 10 devices, the R10 will be aimed at a lower price bracket than the Q10 (also packing a physical keyboard) and Z10, a full touchscreen-based device which competes with Apple's iPhone 5 and Samsung's Galaxy S4. The R10 was leaked in both white and red during April, and now images have emerged showing the device in what may prove to be the most popular colour: black.

After images of the red iteration of the device leaked, questions were raised as to whether the handset was simply in the design prototype stage, however the gallery leaked via DGtle shows a definitively functional phone.

Potential specs for the device have also been mentioned, although the final device may differ slightly:

BlackBerry recently said it would be launching handsets aimed at all sectors of the market, offering some relief to users who may not feel up to shelling out for the Q10 or Z10 which command a reasonably high price tag.

The company is holding the BlackBerry Live expo in Orlando, Florida this month, where executives are expected to remove the veil over the next generation of BB10 devices. With the event drawing ever closer, it is likely the R10 device pictured above will make its first official appearance.