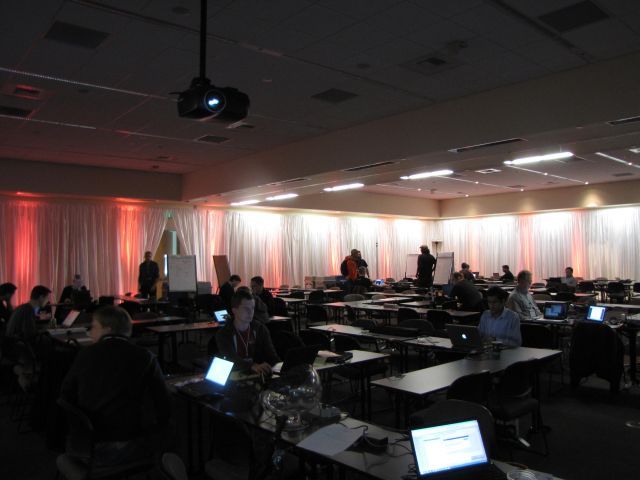 BUILD 2012 is all about teaching software developers how to make new and cool apps for Windows 8 and Windows Phone 8. One way that Microsoft encourages this kind of activity is with a hackaton, where small teams have to make Windows 8 or Windows Phone 8 apps in just a few days.

The BUILD 2012 hackathon is just in its early stages here in Microsoft's Redmond, Washington headquarters. However, there are already a few teams that already have some concepts for what they want to make between now and Thursday afternoon.

One team we talked to is planning on making a Windows 8 receipt app that will take a picture of a recipe card that your mother or grandmother might have made years ago. The card's text would be placed into the app and allow the people to search more easily for that old recipe.

Another team we talked to was making a Windows Phone 8 game where gamers could use a smartphone camera to find and take a picture of another person in a high tech game of tag. Yet another proposed app would use data from Facebook to create a Hollywood Squares kind of game where people answer questions about their many Facebook friends. It's a good thing that Microsoft released the Windows Phone 8 SDK today for these team. 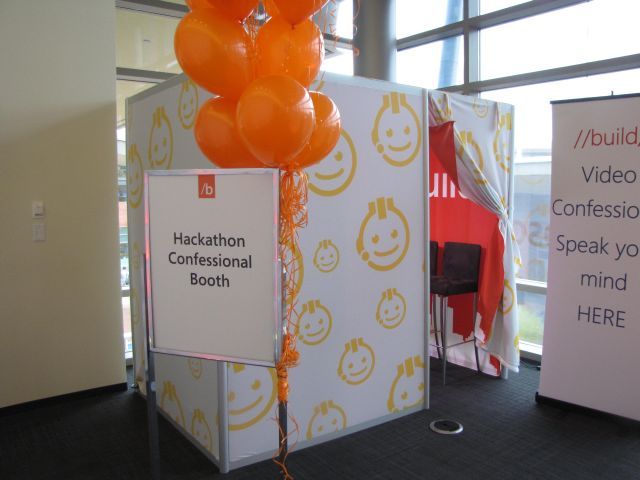 It's still very early in the BUILD 2012 hackathon so we will check in every day to see how things are progressing. One interesting thing is that Microsoft has set up a video confessional booth where hackathon members can go in and talk about their app development, both good and bad, to a video camera.