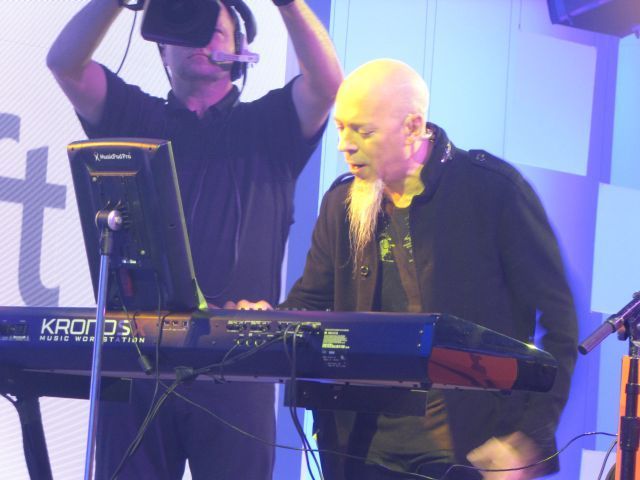 The BUILD 2012 developer conference today started out its keynote speech with something a little different. Well known keyboardist Jordan Rudess gave the attendees a quick concern and also showed off two Windows 8 apps that his company developed.

We ran into Rudess in the BUILD 2012 press room after the keynote speech and ended up chatting with him for a few minutes. Rudess helped to form the software company Wizdom Music a few years ago and since then he has led the company to create a number of music themed mobile apps.

While Rudess himself is not a programmer, he is very much into technology and told us that he and his partner, Kevin Chartier, wanted to make apps that music creators can use. They have been popular on the iOS platform and today during the keynote, Rudess showed off two of his Windows 8 apps. 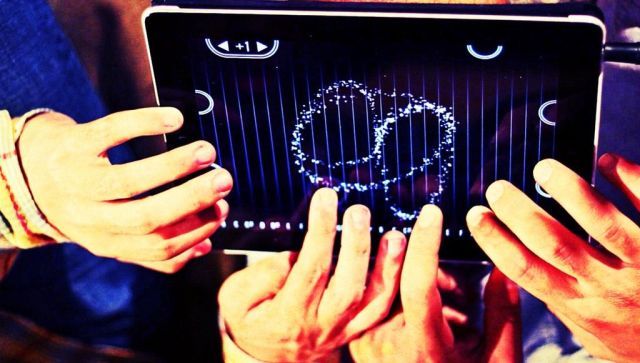 The one in the image above is Tachyon, which blends two sounds together simply by touching the screen. It also creates visuals that are based on the two blending sounds. Another app that's coming to Windows 8 is MorphWiz, which has similar features to Tachyon.

At the moment, neither app is available for download in the Windows Store, but they should both be available in the very near future. MorphWiz should be priced around $9.99 and Tachyon will be a bit cheaper at $2.99. Rudess seemed to be very encouraged by the response his apps have generated so far and he hopes that he can do more with Windows 8 in the future.