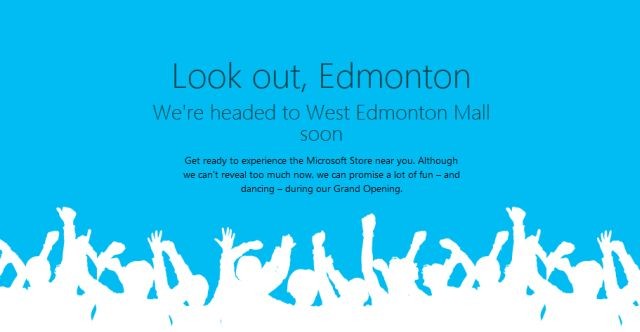 That situation will change in the near future as the Microsoft Store website shows that two more full sized stores will be opening soon. One of them will be located at the Metropolis at Metrotown shopping center in Burnaby, British Columbia, near Vancouver. Both Burnaby and Vancouver already have small Microsoft specialty stores open. The other new full Microsoft Store will be located in the massive West Edmonton Mall in Edmonton, Alberta, which again already has a small specialty store available to visit. The mall is the largest in North America with over 800 shops and over 5.3 million square feet of space.

Microsoft has yet to announce opening dates for either of these two new retail locations, although the Microsoft Careers site is currently hiring for store managers at both sites. Currently, Microsoft has a combined total of 77 full and specialty store locations open in the US and Canada and the company has plans to expand into China as well.