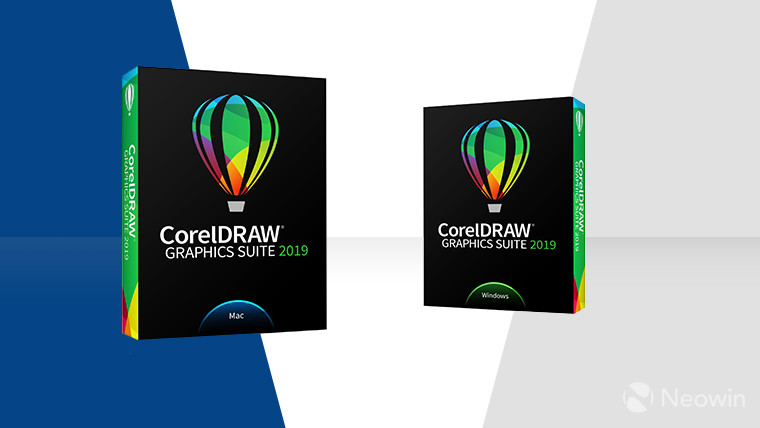 CorelDRAW is turning 30 this year, and to celebrate the three decade milestone, parent company Corel has decided to expand the product's reach. As such, the 2019 version of the CorelDRAW Graphics Suite is being made available for Windows and - for the first time - macOS.

On the subject of the product expansion, Senior Director of Products (CorelDRAW and Productivity), John Falsetto, had this to say:

"CorelDRAW has built its reputation as a leading graphics suite that’s focused on professional results, output, and ease of use,”

“When it comes to delivering outstanding projects every time, designers deserve real choice. With 2019, we’re bringing the power of CorelDRAW in a truly native experience to the Mac, delivering the high-end tools professionals need.”

There are a number of features and customizations relevant for either operating system, features over which we'll go below.

The first notable feature is a redesigned Objects Docker, which gives folks quicker access to the components of the document's structure, with different view modes allowing folks to focus on a specific part. Furthermore, users can apply non-destructive effects to both vectors and bitmaps, thus leaving the source object or image intact.

There are also new templates - complete with a redesigned template dialog -, which can be added to favorites, searched by category, or ordered by recently used. In addition, there's an enhanced workflow for web graphics, including better pixel snapping and new page-alignment defaults.

Also enhanced are the general app performance, Print Merge UI, the Find and Replace docker - which allows you to find objects and quickly tweak their attributes -, and PDF/X-4 support.

Specific to the suite itself are color harmonies and styles. For those not familiar, styles are essentially color palettes, while harmonies are combinations of two or more of these color palettes.

A feature which is making a return and has been enhanced for the 2019 iteration of the suite is LiveSketch. This is an "industry first" AI-powered capability which works in tandem with the user and uses stroke adjustment tools to refine the final result. A short demonstration of it can be seen in the video below:

Although the suite works on previous versions of Windows, there are enhancements specifically made for Windows 10, such as the ability to quickly make adjustments via touch or stylus in the program's Touch workspace, optimizations for Windows Real-Time Stylus pen-enabled devices such as Microsoft's Surface line, and support for peripherals like the Surface Dial.

As it's the first time this has been ported to the Mac, the suite obviously includes all of the features described above on the Windows version, as well as a few customizations of its own.

For one, the design of the apps takes cues from the overall system UI to better integrate with menus, dialogs, labels, and buttons. It additionally takes into consideration the new system-wide Dark Mode introduced in macOS Mojave, thus changing UI elements accordingly.

Furthermore, the suite takes advantage of the Touch Bar on the MacBook Pro to display application-relevant controls like ones for text, layout settings, and more.

CorelDRAW.app on the web

Included as part of the Graphics Suite is CorelDRAW.app, a web app which allows users to show their work to clients on a mobile device like a 2-in-1, without needing to have the entire suite installed. The app also allows for content creation on the go.

There is of course an optional CorelDRAW.app add-on for Enterprise versions of the suite which allows users to access CDR (CorelDRAW) files via SharePoint or a corporate Google Drive, using their G-Suite or Office 365 accounts.

Pricing and other info

In the table below, we'll take a look at what's included:

Alongside the products above, the suite also gives users access to 7,000 digital images, 1,000 high-res stock photos, 1,000 TrueType and OpenType fonts, 150 design templates (90 of which are new for the 2019 suite), 600 fountain, vector, and bitmap fills, as well as hints and training videos.

Here are the system requirements:

The CorelDRAW Graphics Suite 2019 is available to buy either as part of a subscription, or as a perpetually licensed product, and can be had in either English, German, Italian, French, Spanish, Brazilian Portuguese, Dutch, Polish, Czech, Russian, Simplified Chinese, Traditional Chinese, Turkish, or Japanese.

The standalone version is available for an SRP (suggested retail price) of $499 / €699 / £599.99, with owners of previous CorelDRAW suites being able to upgrade to the newest version for $199 / €349 / £299.99. The latter offer isn't available for Academic, OEM, or NFR (not for resale) versions, which are subject to different terms. When purchasing, folks also have the possibility to add Upgrade Protection either at the moment of purchase or within 30 days to guarantee that future releases can be had at the lowest possible price.

CorelDRAW 2019 is also available on its own in the Microsoft Store - which you can try for free for one week -, and the Mac App Store.