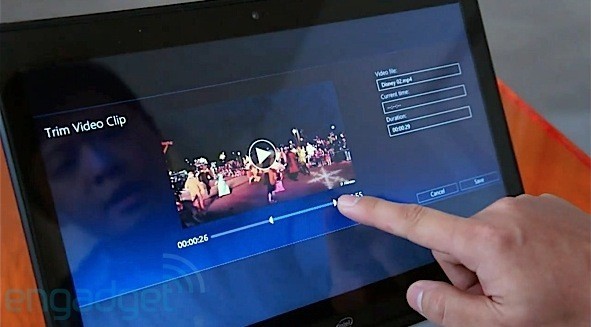 Earlier this month, the media software company CyberLink announced it would release Windows 8 "Modern" UI versions of three of its software programs. One of them will be PowerDirector 10, the latest installment of its video editing software product.

Engadget got a chance recently to check out a hands-on demo of the PowerDirector Windows 8 app. It will support the editing of a number of video file formats and will allow users to make cuts and changes to videos simply by accessing the app's touch screen interface; it will also support adding audio files to your video creation.

The Windows 8 version of PowerDirector will also give users a number of different templates to enhance videos. Finally, once you are ready to launch your latest and greatest movie creation, PowerDirector will let you do so by uploading it to YouTube or Facebook.