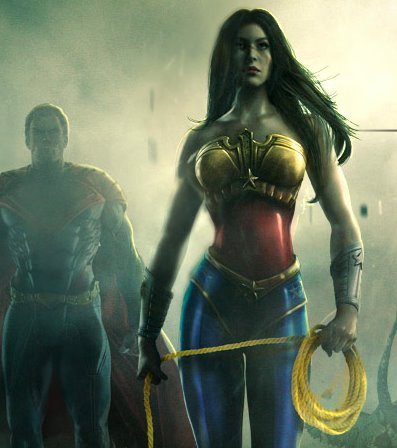 The folks behind the Mortal Kombat fighting game franchise, NetherRealm Studios, are going to be working on a new fighting game project, but this time the team is working with more well known characters. Publisher Warner Bros. Interactive announced plans today to release Injustice: Gods Among Us, which uses the familiar DC Comics super hero characters in very different ways.

While the press release doesn't reveal much about the game, a new teaser trailer shows that Injustice may not feature the bright and happy versions of the DC Comics characters. Indeed, the trailer appears to hint that characters like Superman, Batman, Wonder Woman and others have gone rogue and are now mankind's enemies rather than their protectors.

The trailer also shows some early gameplay and it looks like we can expect some high powered fighting with characters being sent high in the air and crashing through buildings.

NetherRealm is no stranger to these characters. Back when the team was still a part of the now defunct Midway Games, they released Mortal Kombat Vs DC Universe, where the two sets of heroes and villains battled each other.