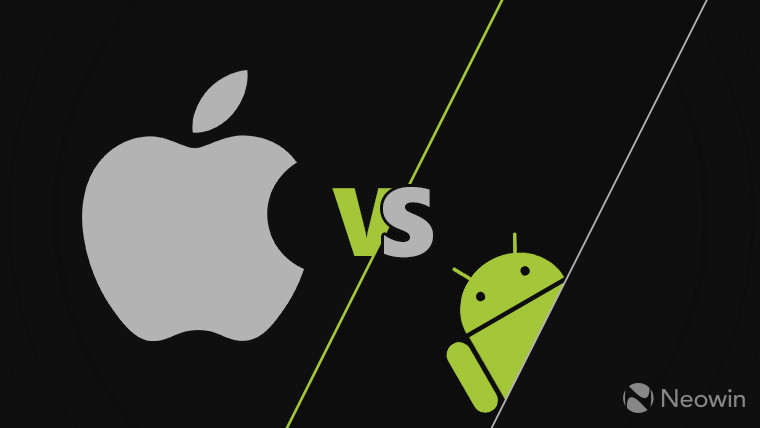 It's no secret that Android holds a much larger piece of the smartphone market share than its rival from Apple, a natural consequence of the huge number of Android devices that flood the market as opposed to Apple's two to three phones a year.

With that in mind, some might find it strange that developers, especially high-profile ones, tend to prefer Apple's platform for releasing their apps, with Android versions often coming later if at all. This is because users of the Cupertino company's products seem to be much more willing to spend money on apps. This means that iOS is the main source of revenue for developers, despite the fact that Android holds over 80% of the market share.

The latest report from App Annie pays testimony to that, as it shows that in 2017, despite the fact that the Google Play Store accounted for 70% of all app downloads, the App Store was responsible for 66% of the revenue obtained by app developers, nearly two-thirds of the total number. You can see how the situation evolved over the past five years in the graph below, courtesy of Statista.

It's hard to point out a specific reason for the huge discrepancy between the two graphs, but one very likely cause is the fact that all of Apple's devices are positioned in the high end of the spectrum, and customers who can afford those phones are naturally more likely to spend money on apps as well. On the other hand, the majority of Android devices are lower-end and they're more mass-adopted because they're the most probable choice for those who aren't seeking to use all of the functionality a smartphone can offer.

What do you think are the reasons for this difference in revenue? Do you often spend money on apps? Let us know in the comments!