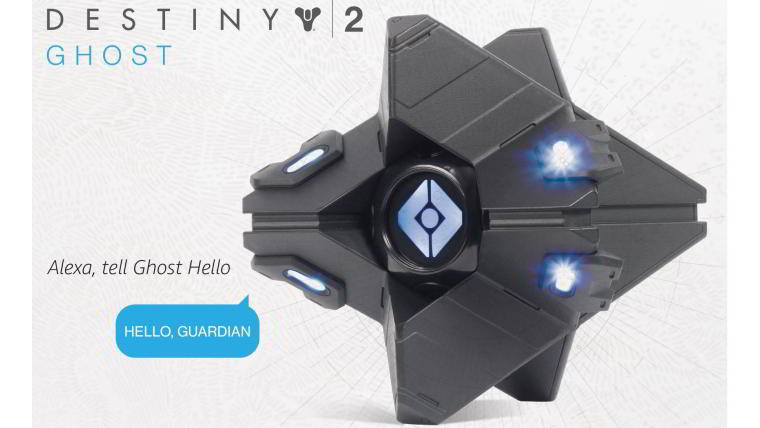 Alexa keeps getting smarter and smarter with the help of various developers padding its skill set. Now Amazon's popular assistant has learned a new skill, allowing Destiny 2 players to get in on the voice-command action.

The Ghost skill, available as a free enable from the Alexa app and website and available to anyone with an Echo device, allows players to keep tabs on what is going on in the game without actually playing. They can have Alexa ask Ghost what friends are online, what their next milestone may be, or even equip raid loadouts. And to make the skill more immersive, Nolan North is again voicing Ghost.

“Destiny 2 players being able to interact with a physical Ghost paired with an Amazon Alexa is just a really fun and unique idea,” Bungie CEO Pete Parsons said in a press release. “With our partners at Activision, it’s been exciting to develop this project into a rich, useful skill worthy of Amazon’s Alexa.”

“Gaming is an example of where voice can create a more engaging experience in a natural and delightful way for customers," Amazon Alexa VP Steve Rabuchin said. "Rather than interrupting gameplay to navigate menus, players can just ask Ghost through Alexa to help with certain tasks.”

In conjunction with the announcement, a limited-edition Destiny 2 WiFi-enabled Ghost speaker was unveiled. Compatible with Alexa devices, it is available for pre-order for $89.99, and will begin shipping on December 19. While the device looks just like the in-game Ghost, you don't need it to use the Ghost skill, just an Alexa device.