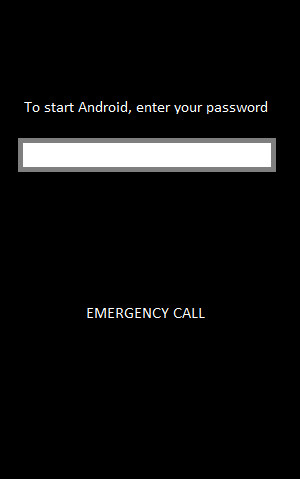 A couple of days ago, BLU sent out an OTA update to its Life One X2 mid-range ($200) smartphone, and those who attempted to install it found that they couldn't finish installing it; that's because, to finish the update, the phone asks for a password, but - likely because of a major oversight on the part of BLU - it won't accept it, no matter what, so the device remains stuck on a login screen. This renders the partially updated handsets useless.

The only workaround is to fully factory reset the device, which wipes the data on it as discovered by a lot of angry customers.

So far, BLU has only responded to customers via Facebook replies in unrelated posts on its page, stating it's "currently investigating and trying to fix the issue." The company has not acknowledged the issue in a separate post on Facebook, Twitter or its official website angering customers trying to get answers even more.

Here are just a few of the messages on BLU's Twitter account (and typical reply on Facebook on the right) 48 hours after the update was pushed out.

ARE YOU SERIOUS RIGHT NOW?! ALL YOUR CUSTOMERS THAT UPDATED THEIR PHONES ARE COMPLETELY LOCKED OUT AND YOU ARE TWEETING THIS BS?! WE WANT HELP NOT ADS!!!

This. Really? Now? Your silence is so insensitive. You know companies are judged on how they behave during a crisis, don't you? Man up and give us some info on whether it's worth waiting for a fix or best just to reset. We need to hear from you now.

As of posting, BLU does not have anything official up about this issue on Twitter, Facebook or its official website, and the only possible action right now for Life One X2 users is to hard reset or wait for them to come with a fix, which can only be a valid password at this point, since the phone still needs to complete the existing update.

Do you own a BLU Life One X2, did you update yet, and if you did, were you forced to factory reset, or did you manage to hack the password? Let us know in the comments!