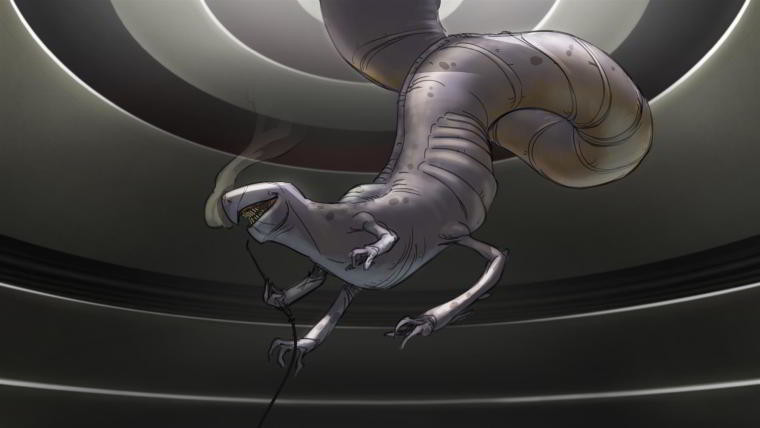 Star Control: Origins is still in development, but some lucky players who pre-ordered the game have access the Fleet Battles beta for the game. If you are one of them, then you should now grab build v0.71, which has made some improvements and additions to the game.

A new race, the Phamysht (yes, it is pronounced famished), has been added, with a ship capable of single-shot "charbroiled" kills, and can invite nearby ship crews over for "dinner," although the menu will likely be limited. The hunger theme is strong with this one.

The update also has balanced some of the combat, and fixed a few bugs reported by players. It has also been noted that player-created ships are now "peppier," so rejoice in that knowledge.

If you want to try the beta, you can still pre-order Star Control: Origins for instant access.