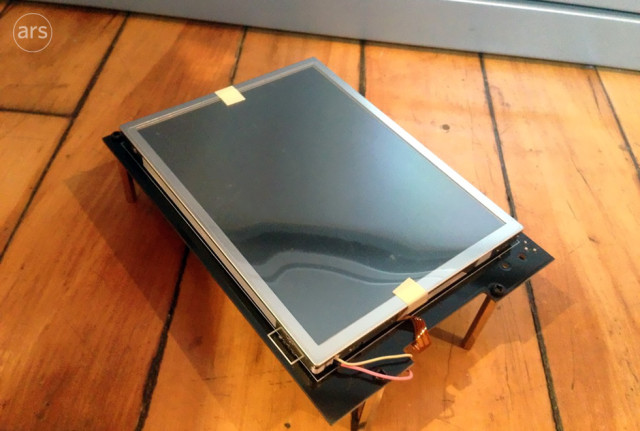 Apple’s iPhone product line has been a game-changer for the company. After building out its successful iPod lineup, Apple introduced the iPhone way back in 2007 and has since been a staple of the industry.

But before the 2007 launch, Apple had to build prototypes of the iPhone to take the concept and turn it into a product. The image you see above was obtained by Ars Technica and is a prototype of the first iPhone. While the image does not look anything like the final design, this early device was the foundation of what would eventually be the iPhone.

The device has a roughly 5x7-inch screen, a USB port, Ethernet, and a serial port. Notably, these connections make the device look more like a small laptop than a prototype of a phone. In addition to the ports, the device was using an ARM 9 series chip that is believed to be a variant of Samsung’s S3C2410 and was clocked between 200-233 MHz.

It’s not often that we get to see early prototypes of Apple devices and we suspect that this must have been a very early proof-of-concept device as it resembles very little of the final product. It was likely a milestone type device where once it was ported to this type of architecture, it was simply about slimming the profile down to move forward.