What do Windows Phone 8 users have to look forward to in terms of upcoming apps for their smartphones? We may have received a clue thanks to a bug in the Nokia App Highlights app that was recently discovered. 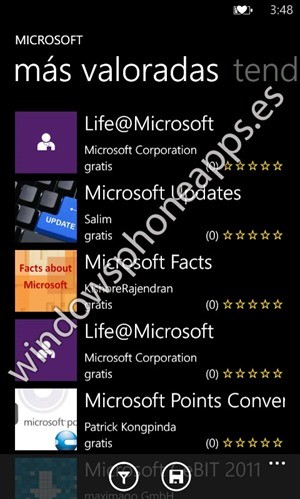 The website WindowsPhoneApps.es found the bug in Nokia's app, which has since been closed. While it was active, it allowed users to find a list of unreleased apps, along with some that are apparently just for internal use by the companies that made them. Among the apps that were listed was something called Life@Microsoft, which we would assume to be something about what the culture inside Microsoft is like.

The list also included the first reference to a MySpace Windows Phone app. The once-popular social networking website got a revamp a few months ago that incorporated a design that looks a bit like the Modern UI that Microsoft uses in Windows Phone 8 and Windows 8, so it will be interesting to see what the final version of the app will be like.

Another app from Nokia, which is just for internal use, was shown in the list. It was called Nokia Locate3D and the title makes it sounds pretty interesting. Is this for an app that will help locate people on an Internet map with some kind of 3D capabilities? Hopefully we may not have to wait much longer to find out.