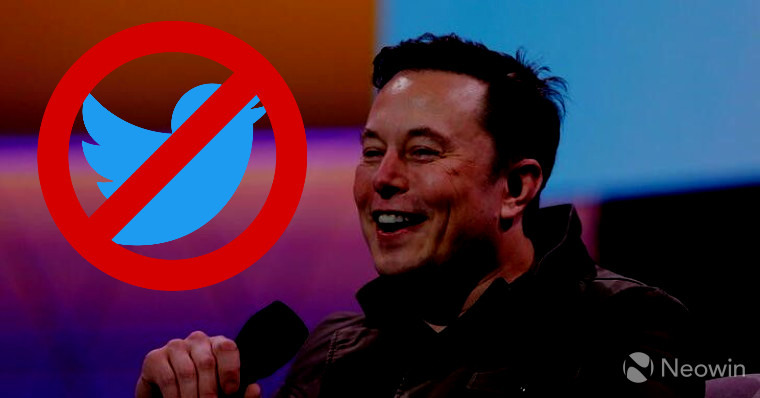 We have reached yet another turning point in the circus that is Elon Musk's acquisition of Twitter. Back in April, the Tesla executive offered to purchase the company for roughly $44 billion after buying a 9.2% stake in the social media platform. After much back and forth, the deal was finally agreed upon by both parties as Musk began to hint at a series of changes he would be making to the platform after assuming control, including taking the company public, forcing governments to pay to use Twitter, and making money out of tweets that go viral.

However, the transaction was put on hold when Musk demanded proof that less than 5% of Twitter users are spam accounts and bots. Twitter shares began to tumble as it began to become evident that Musk does not plan to close the deal after all. Today, he has filed to officially terminate the deal.

According to Reuters, the filing mentions that:

Twitter is in material breach of multiple provisions of that Agreement, appears to have made false and misleading representations upon which Mr. Musk relied when entering into the Merger Agreement.

Musk's lawyers claim that Twitter did not respond to requests for details about fake and bot accounts on the platform, which became a major blocker. Musk mentioned that another hurdle was Twitter firing top executives recently and laying off a third of its talent acquisition team, which is in breach of the company's obligation to keep "substantially intact the material components of its current business organization".

Twitter is obviously not happy with Musk's change of heart and board chairman Bret Taylor has noted that the firm will pursue legal action:

The Twitter Board is committed to closing the transaction on the price and terms agreed upon with Mr. Musk and plans to pursue legal action to enforce the merger agreement. We are confident we will prevail in the Delaware Court of Chancery.

Reuters notes that problems with acquisitions in Delaware Court typically end in either renegotiation or settlements. According to the terms of the buyout transaction, Musk was required to pay a $1 billion penalty if the deal fell through due to regulatory hurdles or lack of financial backing. However, he is not contractually obligated to pay this sum if he terminates the deal himself, which is what the executive has done.

Twitter personnel are hoping that court proceedings begin soon and get wrapped up within a few months in their favor, but there's no knowing how long the legal battle will actually take. For now, Twitter's shares have once again taken a tumble and were at $34.58 in extended trading, which is 36% below the $54.20 that Musk offered to pay per share in April.