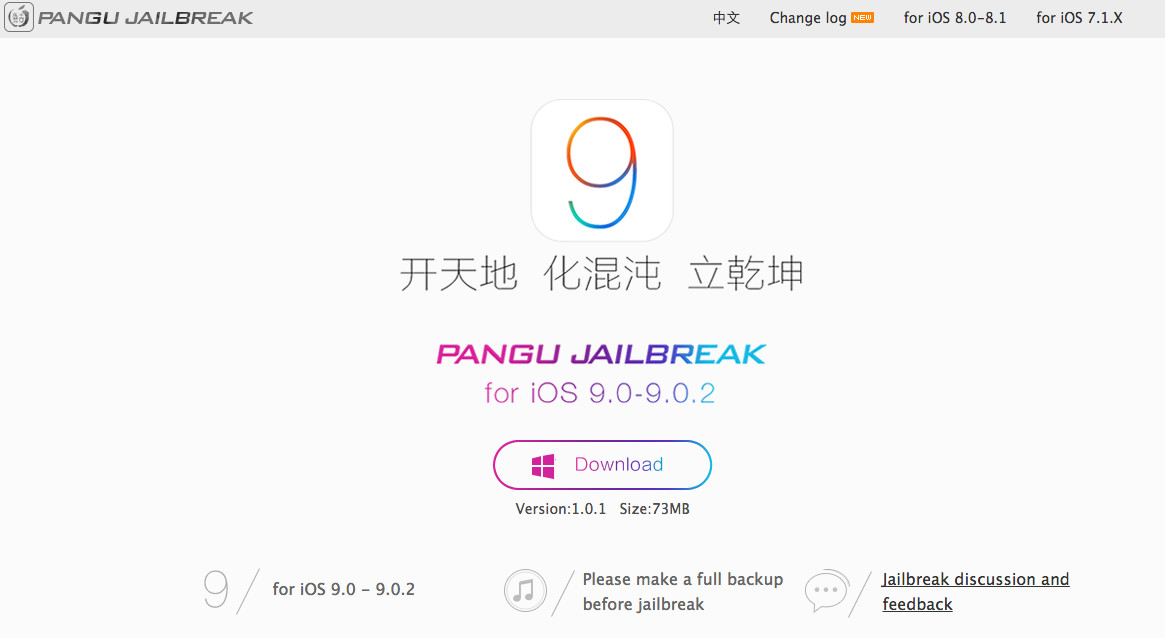 The first root access hack, or jailbreak, for Apple’s iOS 9 is available on the web, but you probably shouldn’t use it unless you know exactly what you are doing, and the risks involved. The jailbreak works as a Windows application that will connect to your iDevice and perform an ‘untethered jailbreak’, which means that you do not have keep to your device plugged into an external device in order to access root functions like some previous iOS hacks. It is unclear if the group in question is going to try to claim the $1,000,000 prize offered for this kind of exploit, although the requirement for "browser based exploit" may disqualify them.

The device hack will grant the user root access even with Apple’s new ‘rootless’ security model, which was designed largely to stop jailbreaks like this and prevent malware. Once you have run the jailbreak, you will have the option to install the Cydia framework in order to install apps from outside the App Store as well as make unapproved system changes.

A number of Cydia features and apps do not yet work with iOS 9, and the team is currently looking for beta testers to assist developers get their unapproved apps iOS 9 ready. It should be understood before running the jailbreak that almost all iOS malware infections have been the result of users jailbreaking their device in order to avoid paying for apps, and that doing so opens you up to serious risk. There are potential legal implications as well, depending on jurisdiction, with a constant fight over a user’s right to jailbreak happening in the US.