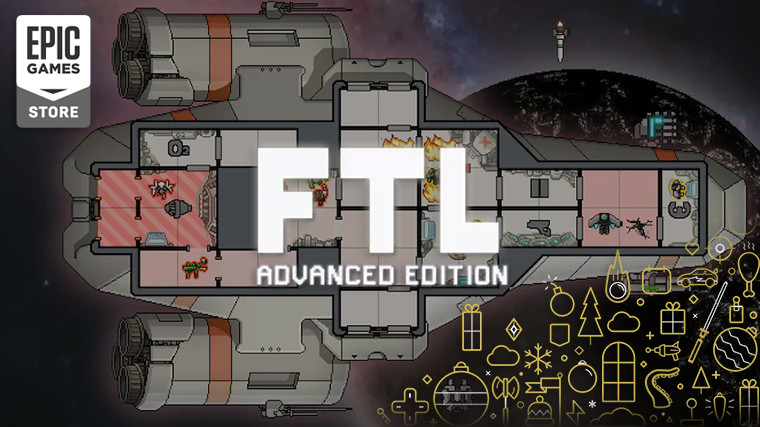 Another Subset Games-developed experience has gone free on the Epic Games Store as the eighth part of its 12 Days of Free Games promotion, with FTL: Faster Than Light now available to claim. This is the Advanced Edition of the game, coming with additional ships, a new species, equipment, and other features.

The popular strategy roguelike title has players traveling through space on a multi-room space ship that has dedicated sections for many functions such as engines, weapons, shields, and oxygen. As enemy ships also carry these rooms, while in combat, these areas can be targeted to knock out specific functions to win battles, just as the player's ship is also targeted. The game starts over if the hull health drops to zero or the entire crew is eliminated.

Here's a short description of the game taken from the Epic Games Store page:

This "spaceship simulation roguelike-like" allows you to take your ship and crew on an adventure through a randomly generated galaxy filled with glory and bitter defeat.

Both Windows and macOS versions of FTL are being offered for free on the Epic Games Store, but the Linux edition - that's available on steam for $2.49 currently - is missing. Here are the minimum requirements for playing the game:

FTL: Faster Than Light can be claimed for free from the Epic Games Store until December 27 at 11AM ET. Judging by the teaser, the next freebie may be Hyper Light Drifter. Meanwhile, the store's holiday sales and the $10 coupons are active until the end of the year.