Last week, Cortana, which we have been talking about since July, was finally revealed in Windows 10. While this is a very early look at the feature and we know for a fact that the UI is updated in later builds of the OS, this is the best look we have for now.

We had been asked a couple of times to toss together a gallery of some of the images of Cortana, so, here you go. At the bottom of this post you can find images of Cortana running an early build of Windows 10; if you want to see Cortana shown off on video, you can check that out here.

Our install of Cortana is quite unstable and crashes frequently. While she is capable of answering our questions, this iteration of the feature is still quite early and can't handle the same tasks that can be performed on Windows Phone (such as asking who is going to win a particular football game this weekend).

When using Cortana, like any other modern application, you have to give permission to use your microphone and location.

Still, the feature is charging forward and in this version if you click the hamburger button in the top right, it takes you to Bing to adjust your preferences. Neowin has seen Cortana running in later builds of the OS and while the UI looks more refined and polished, the settings button no longer takes you to Bing and allows you to adjust the settings inside of Cortana locally.

As always, as we hear more about Cortana and her current status, we will pass the information along to you. 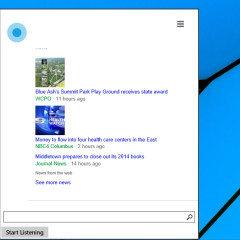 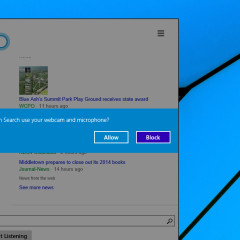 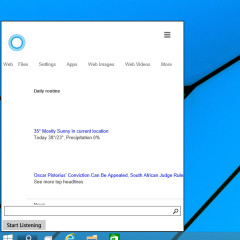 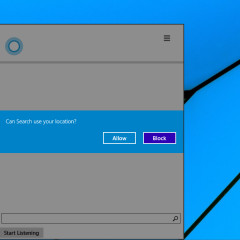 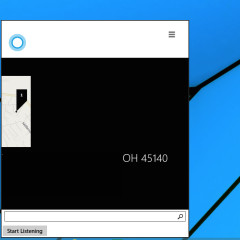 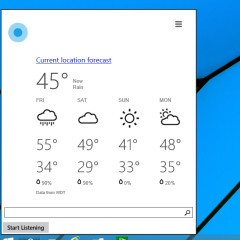 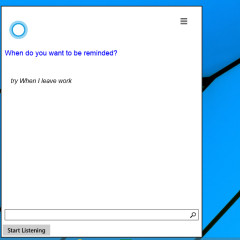 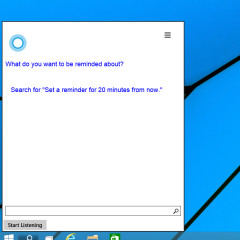 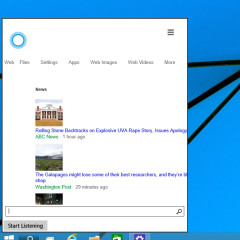