As we move into November, the big titles are on the way out; this week we have covered Lords of the Fallen, a great action role-playing game. Next week we have our review of Halo Master Chief collection on the Xbox One which has kept us busy the past week, then we hope to cover the new Assassin's Creed, Far Cry 4 and many other new titles on the way before Christmas.

Lords of the Fallen
Version Reviewed – PS4 (Xbox One and PC available)
Price: $49.99

Lords of the Fallen started life as an Xbox 360/PS3 title, but during development, the news of next generation consoles was too much a lure for the developers and the game has hopefully turned out better for it, even if technically, it could have done with a few months more polish. 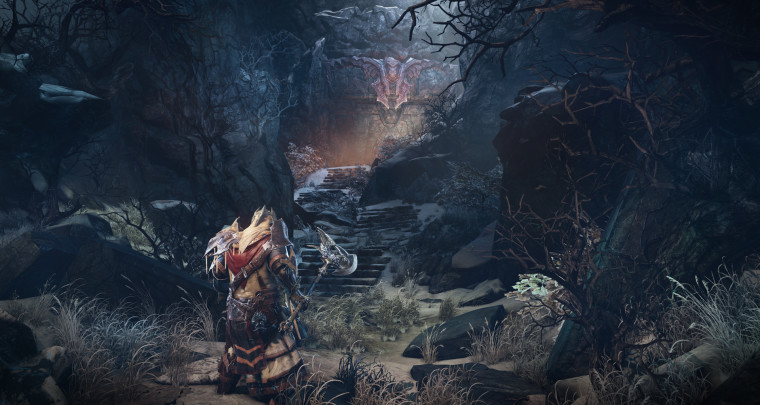 The game is a third person role-playing title which follows games such as Dark Souls very closely in that it is an arcade game that really relies on skill and patience and is certainly not the most forgiving of games.

Unlike Dark Souls, this has quite a focus on storytelling, even if the voice acting doesn’t do it any favors. You play as a convicted criminal Harkyn who is released from prison with a chance of getting his life back. Your journey takes on you an adventure trying to rid the world of evil.

First you must choose your class from Warrior, Cleric or Rogue, each one has various customizable skills and weapons all of which differ from each other in many ways. The game also plays out quite differently depending on who you choose, some players may find the magic cleric better suited to their style of play, while I started off with the Warrior.

If you are coming into this expecting to find it the same difficultly level as Dark Souls, you will be disappointed, this is still a hard game, but not on that level. The game has a number of ways in which it encourages you to fight on without saving your game. Saving is done at special gem points, but not saving allows your XP to keep growing thanks to an XP multiplayer that increases each time you kill an enemy. 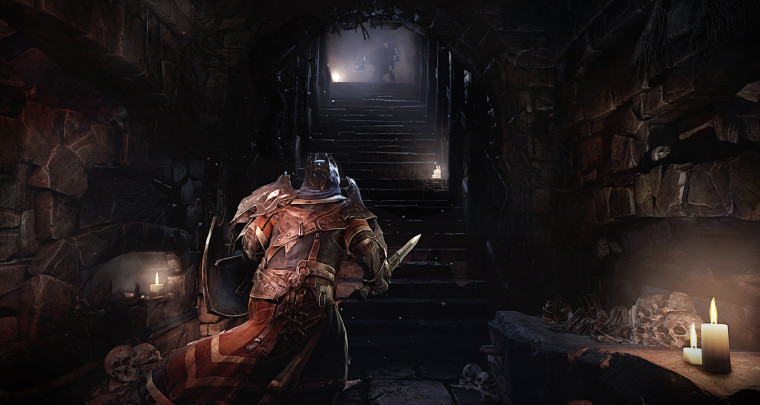 This system works really well, it encourages you to push yourself, although sometimes this does mean when you die and have to re-work large sections of the game.

You can use you XP to improve your stats such as strength and agility which means you become a tougher character to beat the further you get. Weapons all come with different stats, some work best wielded with two hands, some work fast in one hand and a shield in the other. It is all a case of mix and match and working out the best weapons to kill certain enemies. 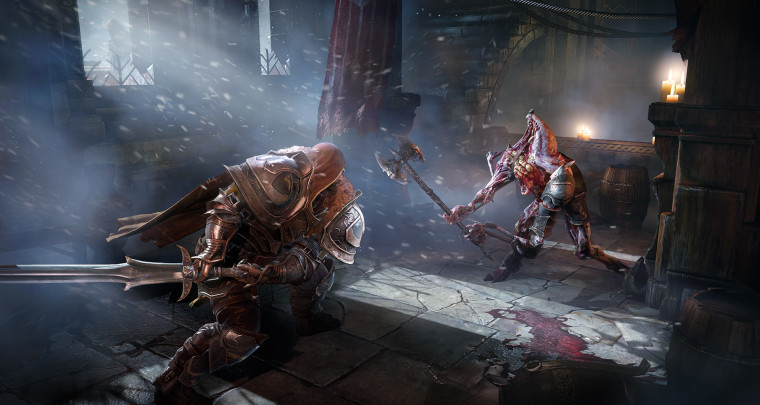 The levels and areas all vary in looks and types of enemies, with the different bosses popping up at certainly points in a stage. The bosses are the hardest enemies to beat, though each one can be killed off by discovering their weaknesses, sometimes it is a case of dying multiple times before you figure them out.

Graphically the game looks great, though the frame rate is very poor on the PlayStation 4 version we are reviewing, it suffers from a lot of tearing even when there doesn’t seem like a lot going on around you. 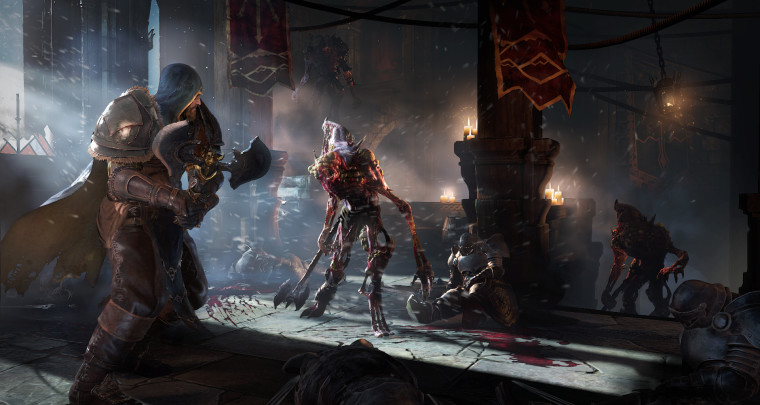 Sound is a big issue with the game though, the music is excellent and really helps to generate a great grand atmosphere, and it is a shame that it gets shattered when any character decides to speak. The voice work is very poorly done and really stands out in a bad way, it also doesn’t help that the game seems to suffer from a lot of audio bugs with disappearing sound and echo effects that pop up for no reason.

Despite the bugs and poor optimization, I really enjoyed Lords of the Fallen, it Is good to play a game that doesn’t hide from being difficult and trying to push players to improve themselves. It also looks great and has a lot of different quests for you to try and get through. Overall, it is well worth picking up, I just hope the developers can fix some of the bugs.

Next Week: We have our review of Halo Master Chief Collection on the Xbox One, Driveclub on the PlayStation 4 and Styx Master of Shadows on the PC.