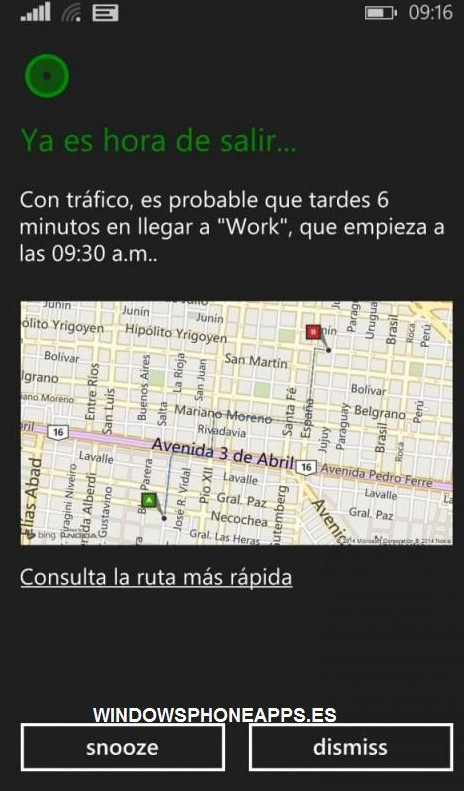 Cortana, Microsoft's personal digital assistant, is being updated a fast pace. With new updates coming out every month, it's clear that the company is extremely dedicated to the platform.

For the month of November, it looks like a huge update has been released that now allows Cortana to work in Spanish. For anyone who speaks this language, the benefits are quite obvious. Of course, this isn't the first time we have seen Cortana speak another language as she has already tried her hand at Klingon.

​The information comes from WindowsPhoneapps.es who says that they have not been able to reproduce the image you see above, but clearly, someone was able to get Cortana to expand her horizons. They received the image as a tip from one of their readers.

We will keep our eyes open to see if any more reports surface about a Spanish Cortana rolling out, but for now, it looks like the early stages of the release are occurring.

Source: WindowsPhoneapps.es | Thanks for the tip Anthony!