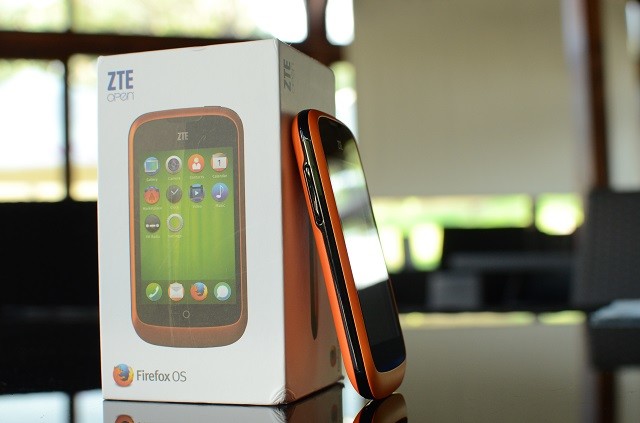 Update: We have a winner! Congratulations to Heavensent2272 for her winning entry over on Twitter. We'll be getting in touch to send you your prize. And thanks to everyone else for playing, we hope you have better luck in our next giveaway.

As regular readers know, we occasionally have product giveaways for our community. This time one lucky member will walk away with a ZTE Open phone which runs Firefox OS.

In case you missed our in-depth look at both Firefox OS and this handset, know that Mozilla has launched its own operating system and, with the power of the web on its side, it’s looking to compete for the low-end segment of the mobile market.

ZTE Open is the first commercially available handset that natively runs Firefox OS, and while it’s not an impressive device some folks will be very happy to get one.

To enter you’ll have to use the Rafflecopter widget below. Again, we know many people aren’t exactly keen on social media but it keeps the lights on around here so bear with us. Paying Neowin subscribers receive an extra "entry", on top of the Rafflecopter ones.

Congratulations to @heavensent2272 who won the ZTE with Firefox OS phone. Thanks to everyone who took part! https://t.co/up8yLIeIlS #neowin