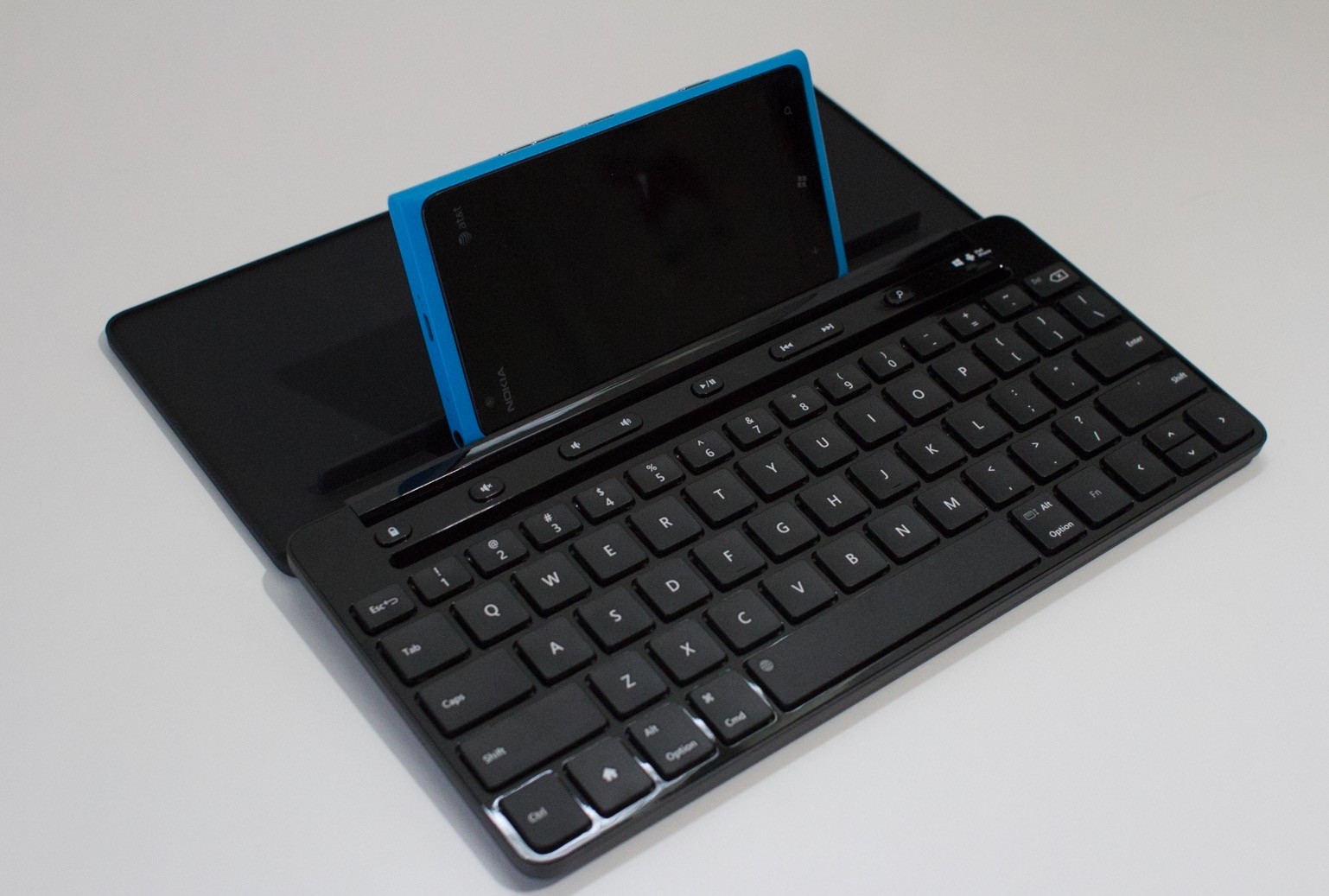 Not long ago, Microsoft announced a new keyboard that is targeted at mobile users and even those who use a phablet. What makes this keyboard different is that it is designed to be used with Windows, Android or iOS.

The keyboard is about 9.5 inches wide, 4.29 inches wide and weighs in at just under 13 ounces. This is a compact keyboard and there is no hiding that fact, but at the same time, it's supposed to be an ultra-portable device too.

The keyboard comes with an integrated stand/cover that is attached to the top of the device via a hinge. The cover pivots back to become a stand for a small tablet or a smartphone; it accomplishes this by using a long piece of either plastic or metal to create a channel where your device can sit.

Once opened, the keyboard sits at a slight angle which makes it a bit easier to type. Along the top of the keyboard, there are the standard media keys but the most interesting aspect of the device is the switch in the top right. Microsoft built this keyboard to be used with any of the popular mobile operating systems. With the sliding of the switch, your device becomes optimized for either Windows, Android or iOS. 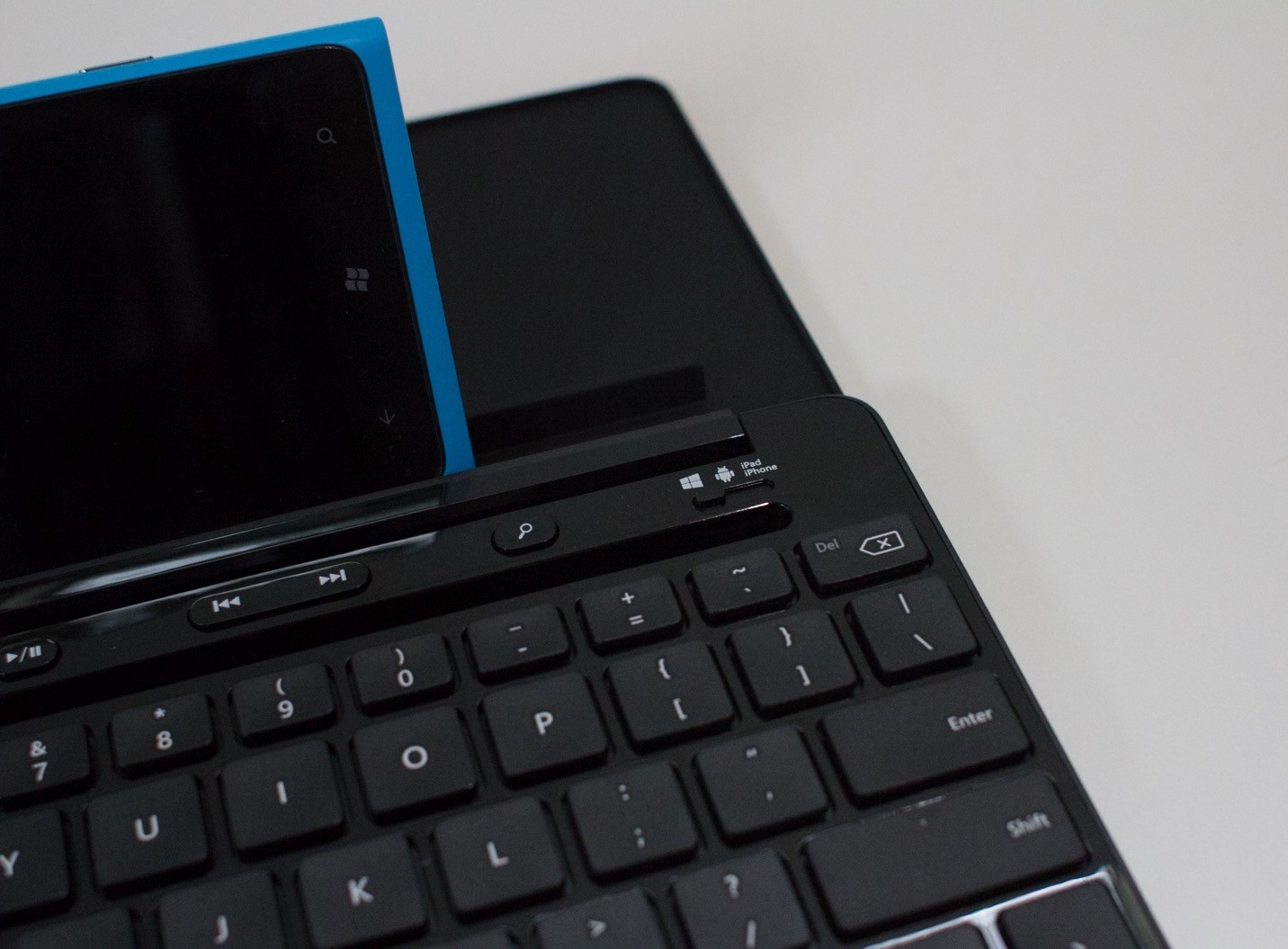 Because of this feature, this means that this keyboard will be great to use with not only small tablets, but also large smartphones. It's a smart move by Microsoft; as phablets become more popular, bringing along a small keyboard is not a bad idea. Thus, the 'Universal Mobile Keyboard' with its exceptionally boring name, was born.

It is worth noting that the keyboard feels cramped when being used and the keys feel quite plasticky; when using the top media buttons on the keyboard, there is considerable flex in the keyboard as well. And of course, the keys are a bit smaller than your traditional keyboard and take some time to get used to tapping.

The keyboard uses Bluetooth to connect to your device and it charges using a micro USB cable.

We can certainly see the market for this type of a device as it fits the growing demographic or power users in the smartphone segment. But, this keyboard does cost $80, which does feel a bit high, considering the device is all plastic and doesn't exuberate quality.

Still, if you want a compact solution that includes a stand and will pair with your smartphone, the Universal Mobile Keyboard is a decent option.