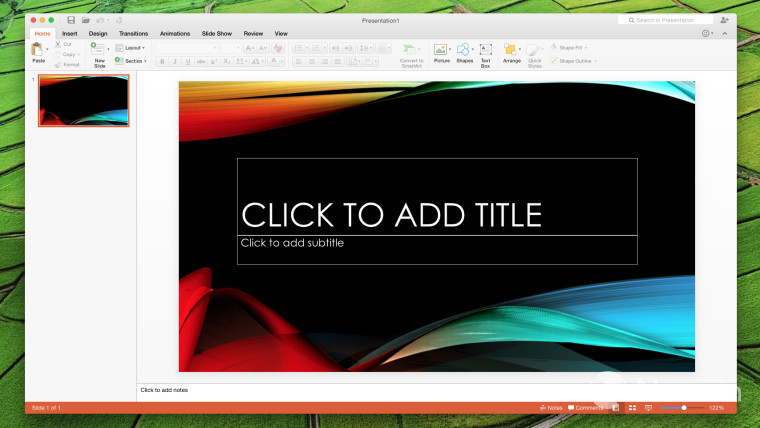 Microsoft has announced a new preview of Office 2016 for Mac and if you want to download the bits, check out our post here on how to get started. One of the core apps in the suite that has been updated is PowerPoint and posted below is a gallery of the refreshed application.

The interface has been refined but still utilizes the ribbon from Office 2011 for Mac. To compare the new and old, we posted both the Office 2011 and Office 2016 ribbons below.

As you can see, the icons are modernized but there is not a dramatic overhaul to the Ribbon by any means. For those of you who have used Office for Mac in the past, this will be a good thing as there will not be a large adjustment to be able to use the new apps.

Check out the gallery below for more images of PowerPoint for Office for Mac 2016.