All tests conducted here were done one at a time on the same PC running Windows 8 Consumer Preview (build 8250) x64, with fresh installations of the browser and no other applications running or tabs open. Benchmarks were conducted more than twice and averaged.

To clarify: default settings were used across all browsers to ensure an even playing field. As some commenters have noticed, lower-than-expected scores were obtained in some tests from browsers that have hardware acceleration disabled by default. We did not enable this setting if it was disabled because an end-user would not know to enable this when trying the browser, and would luck out in terms of performance gains.

Sunspider (in ms, lower is better)

As most people know, Sunspider tests the JavaScript performance of a browser 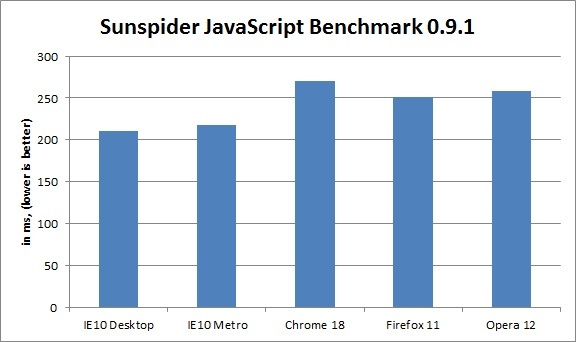 Kraken is an alternative JavaScript test made by Mozilla. As this benchmark is designed by the maker of Firefox, the results may be swayed in Firefox's favor. 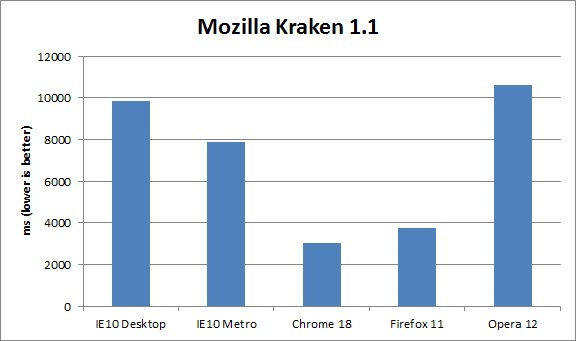 V8 is another JavaScript benchmark, which is used to tune the V8 JS engine used in Chrome. As such, results may be swayed in Chrome's favor 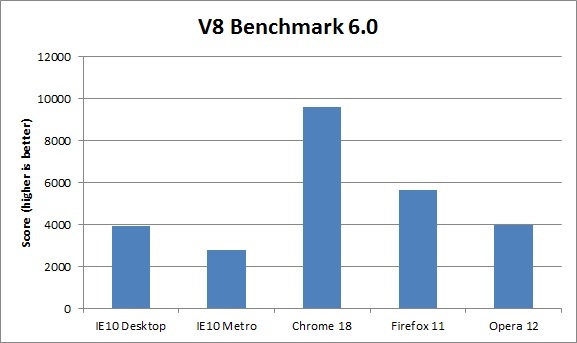 This benchmark shows the all-round capabilities of the browser 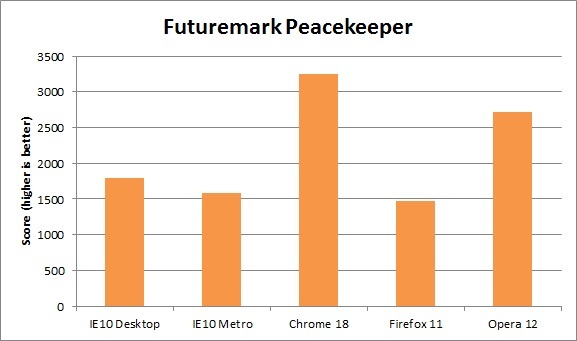 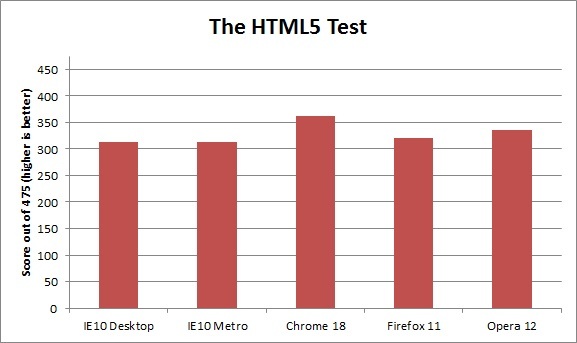 This is a HTML5 graphics test (which we did at 1920 x 1080) that is part of Microsoft's IE10 Test Drive suite. As such, results may favor Internet Explorer. 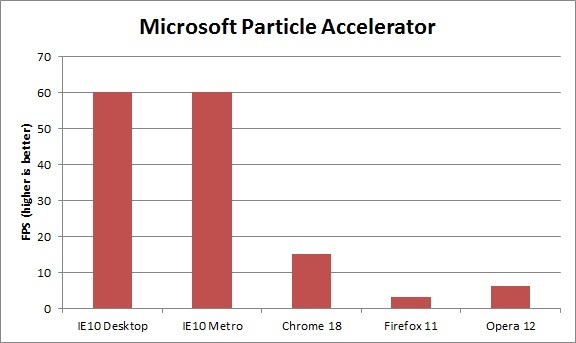 This is a real-world HTML5 test that measures the performance of the browser performing various HTML5 tasks. There is also a Flash version of the same set of benchmarks. 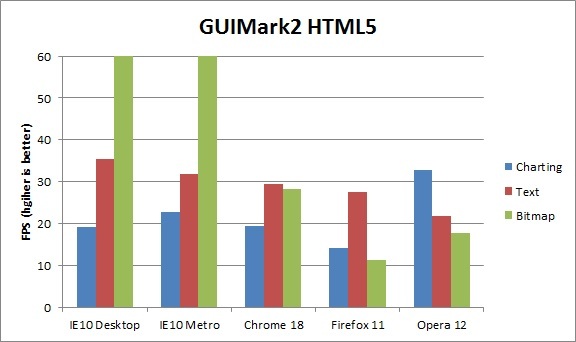 Fishbowl (in FPS, higher is better) 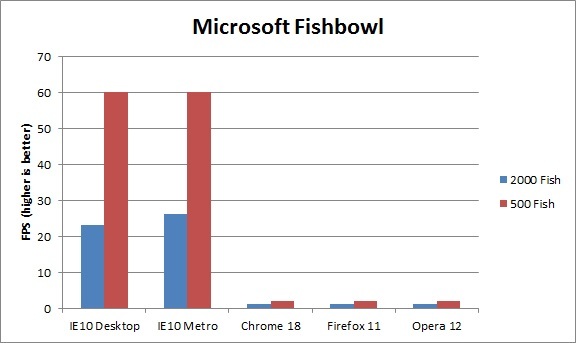 View some of these benchmarks with stable browsers against Internet Explorer 10 here.