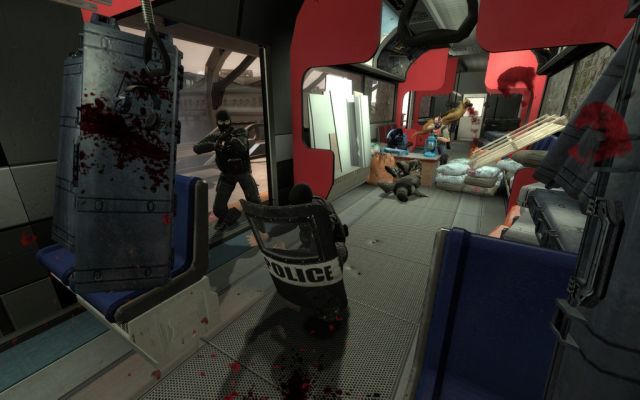 Over 10 years ago, a young game modder named Minh Le came up with the concept of a new mod for Half-Life 1. It was a team-based multiplayer design but instead of Team Deathmatch or Capture The Flag the two teams (terrorists and counter-terrorists) spend time purchasing weapons before each round and then engage in combat. The design revolutionized first person shooter games and made Counter-Strike one of the most popular games, mod or otherwise, of all time.

Valve later bought the rights to Counter-Strike and Le joined Valve to help develop the game. Valve released regular updates to Counter-Strike and also released a console version for the first Xbox console. In 2004, Valve launched Counter-Strike Source, a remake of the original game with Valve's new Source Engine. The game remains extremely popular with tens of thousands of players playing concurrently around the world every day. The Counter-Strike franchise has now sold over 25 million copies.

However, Le decided to depart Valve to start over again with a new development team in South Korea. The result was Tactical Intervention, which was first revealed way back in 2009. It's been over two and a half years since Tactical Intervention was first announced but now Le and his development team are close to launching the game here in the US. Publisher OGPlanet will release the game as a free-to-play title with closed beta testing to commence later in March.

We got a chance to chat with Le about Tactical Intervention, his feelings towards Valve expanding on Counter-Strike without him and more.

It's been a while since Tactical Intervention was first revealed to the world. What has been the reasons for the game apparently taking a while to complete?

We were supposed to go public in Europe last summer (2011) but we ran into some major conflict with our former publisher, which resulted in us not being able to release the game to the public. Thankfully, we're currently being published in North America by OGPlanet, and our working relationship with them is far more enjoyable.

A lot of people are naturally expecting some kind of Counter-Strike clone. What are the major differences between your first creation and this new game?

There's quite a lot of differences between CS and Tactical Intervention. I think the major ones that really affect gameplay are:

The hostages play a bigger part in the game scenarios. You can grab them and use them as shields and/or push them around and knock them into enemies. They add a really dynamic element to the firefights, which I find challenging and satisfying.

Various equipment such as shields, breaching charges, and a plethora of grenades open the game up to interesting new tactics. I love blowing doors open, and then throwing a smoke in and sending my dog in to confuse the enemy; promptly followed by rolling in and placing a few well placed double taps in the hostages.

Dogs which the players can command to attack / search / sniff doors. - drivable cars. We have a level which features cars extensively and has proven to be hands down the most popular level during our play tests.

Flyable helicopters which the player can rappel out of. - the game modes are much more focused and faster paced. The amount of time spent waiting while dying is lessened because of this.

Is the game being developed with the idea that it might be used in organized pro gaming tournaments and if so what features will be available for those kinds of organizations?

We're designing the game to be enjoyable on public servers. There’s a bunch of social tools implemented into the game to keep communication open with friends and teammates. We’re working on a full-featured clan system so that the competitive scene can flourish. I know our publisher will be doing things outside of the game that will facilitate the clan system and they will also be organizing various tournaments soon after release. 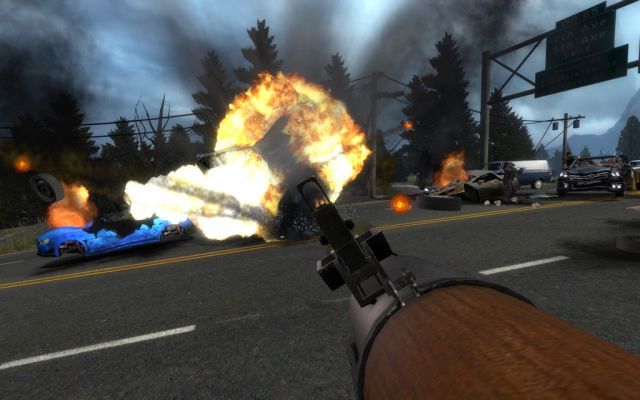 What have you learned about game development in the years since the release of the first version of the Counter-Strike mod for Half-Life 1?

I've learned the importance of finding good talent to work with and doing as much as you can to keep them. Ultimately, this requires a great deal of money and business savvy. Unfortunately, I've not been blessed with either of these things. The development for this game has been extremely challenging and the thought of seeing it released is a great relief to everyone involved in the project.

Tactical Intervention will be going the free-to-play route. Why did you decide to release the game in this manner?

A lot of factors went into the decision to release TI as a free-to-play game. It was not an easy decision and was born out of market forecasts, the direction the wind was blowing, and I think at one point, a chicken was sacrificed. At the end of the day, it wasn't entirely my decision. My specialty is game design, not distribution, so I trusted the members of my team responsible for that side of the business. When all was said and done, as a developer, I just try to focus on making a product that's fun to play regardless of the publishing method. To that end, I've worked closely with the publisher to ensure that people can enjoy this game without having to take out a second mortgage.

You know, there's this stigmatism that all F2P games are burdened with. Talking to people, they tell me that they shy away from F2P games because they automatically assume they have to spend money (and lots of it) in order to enjoy the game. With this game, and with a lot of F2P games, this isn't the case. We're gonna do the best we can to make this game enjoyable for all players regardless of how much they invest in the game. That's my promise to the American People! *waves flag profusely*

What sort of post-launch support can people expect from Tactical Intervention?

Extensive support should be expected. We're gonna be releasing new content monthly, if not, sooner. Content such as new maps, characters, items to dress your character up and weapons. Bug fixes and gameplay balance will also be taking place constantly. The items we'll be introducing will be relevant to the theme of counter-terrorism and we won't be adding stupid shit just because some idiot asks for a pink thong.

Are there any plans to have mod support for the game at some point?

I'm really hopeful we can have an SDK out so our players can make maps. This is something I need to discuss with my co-workers but I'm confident we can come up with a solution. Having developed Counter-Strike, I know the importance of harnessing the creative talent found in the community. Unfortunately, we don't have any plans as of yet for allowing custom made character/weapon/items. I don't know how that can co-exist with our business model.

Are you going to continue to work on Tactical Intervention for the foreseeable future or will you be working on any new game designs?

I will be working on Tactical Intervention for the foreseeable future, though this will involve new game designs. I plan on experimenting with some new game modes for our next maps. Currently , TI, has hostage rescue, and VIP escort (w/ cars). We're currently working on a bomb map, and I have some ideas for some new scenarios.

Valve is beta testing its next Counter-Strike game. How do you feel about your creation been fully taken over by Valve and its expansion into the console game space?

I wish nothing but the best for Valve. My experience working with them was immensely enjoyable and they've also provided a ton of help on TI. I know we wouldn't be at this point were it not for Valve's involvement. It's really unfortunate because of the timing of it all. I was hoping to have TI out a year or two ago, so as not to coincidence with any CS related projects. Unfortunately, the unpredictable nature of game development and especially GAME BUSINESS threw a wrench.. no, it threw the entire f'en toolbox into the system. I'm confident Valve will take the CS franchise to greatness. They've got far too much talent at Valve to expect anything less from that franchise.

Finally is there anything else you wish to say about Tactical Intervention?

I'm looking forward to working closely with the community to develop this game into a really enjoyable game that offers challenging game scenarios not found in other games. Thanks for your time!