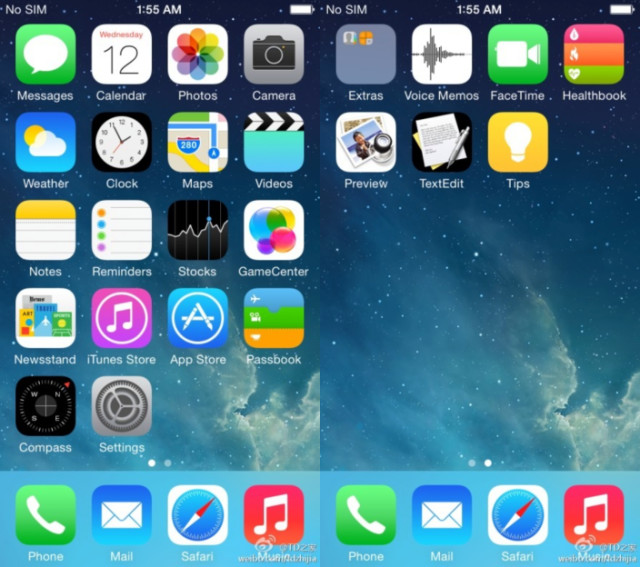 In a recent rush of iOS 8 rumours, it has come to light that Apple will include versions of TextEdit and Preview, existing stock Mac apps, on the iPhone and iPad. This will help consolidate their vision of the file system that they have been introducing through iCloud.

9to5Mac, who are renowned for their sources, published a report with specifics on Apple's plans for iCloud today, followed by confirmation that leaked screenshots are in fact 'legitimate'. They claim Apple want to push their vision of cloud services through these apps, as currently there is no way to access documents saved to iCloud on a Mac on an iOS device. While allegedly still in early stages of development, the apps are said to built for viewing, not editing, these documents.

The screenshots clearly only include placeholder icons for TextEdit and Preview, but our first glance at a seemingly completed Healthbook icon confirms reports that it will share UI elements with Passbook, an existing app with a similar icon. The 'tips' app remains a mystery addition, but we can speculate that it is some form of reminders app, a user guide, or just an internal application.

Apple's Senior VP of Software Engineering Craig Federighi has spent much of the past year converging the iOS and OS X software teams, so that they work in tandem across projects, which may be one of the reasons apps are being carried over between the two. At the same time Eddy Cue, who heads up Apple's internet services has been leading his team to develop new cloud storage systems  to improve reliability in addition to helping developers integrate iCloud features into their apps.

Previous reports into iOS 8 have said that the Maps app will also receive an overhaul, which will be a welcome change. The full range of features, however, will likely be announced this summer in Apple's WWDC.