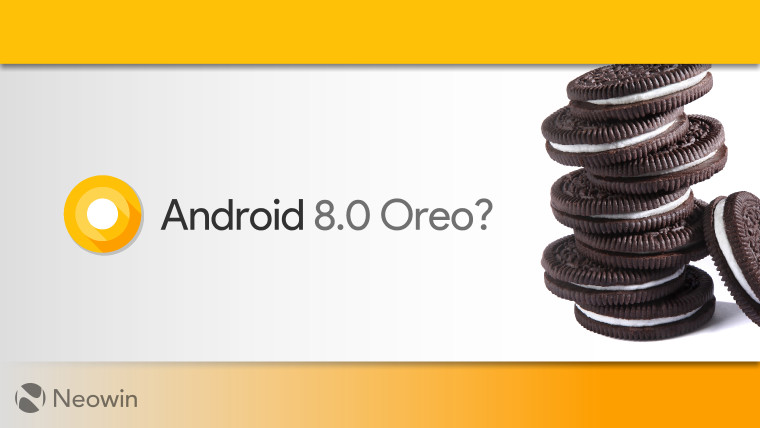 Earlier today, Google launched a new teaser site, confirming that it will make a big announcement on August 21 related to Android O, the next major version of its phenomenally popular operating system. The company recently released its fourth Developer Preview, and promised that its final release would come "soon".

Despite its imminent launch, Google still hasn't officially announced which tasty treat the OS will be named after. The first version of Android to receive a delicious nickname was 1.1, which was internally nicknamed 'Petit Four'. Every major version since then has followed that tradition in an alphabetical sequence, starting with 'C':

We thought we might have to wait until Monday to finally find out what the 'O' stands for - but it seems Google may have inadvertently let the cat out of the bag a bit early. As Android Police reports, a video that the company posted on Google+ had the filename 'GoogleOreo_Teaser_0817_noDroids (1).mp4'.

The plot thickened shortly after that report was published, as Google quietly changed the filename to 'OctopusTeaser.mp4' instead, referencing an Easter egg that it included in its most recent Android O Developer Preview.

If the new Android version is to be called Oreo, it will be the second time that Google has used the name of an existing sweet product, following the release of Android 4.4 KitKat in 2013. We won't know for sure if that is indeed the name until Google confirms it - and with only a few days remaining until its big announcement, we won't have to wait too long.