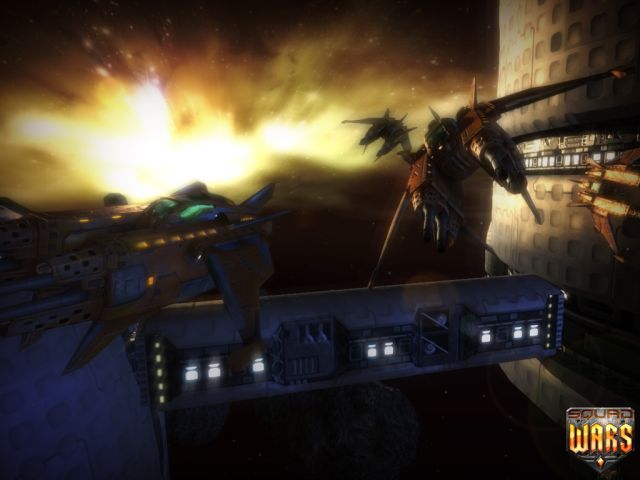 The Kickstarter website is now the host for yet another fund raising campaign for a game that's being developed by a number of industry veterans. This project is called Squad Wars, a web browser-based title that promises to be a "true hardcore PvP space combat" experience with intense space fighter battles, conflicts with huge capital ships and more.

The game is being developed by END Games Entertainment. The founders of the company are Scott Brown and Ryan Seabury, who previously founded Netdevil and made one of the first real MMO games, the space-based Jumpgate. The company released two more MMO games, Auto Assault and Lego Universe, both of which were later shut down. Netdevil also tried to launch a revamped version of Jumpgate, titled Jumpgate Evolution, but that project failed to be released.

END Games Entertainment has already released a number of smartphone games, so the company is already well established, unlike other Kickstarter projects which are trying to launch a development studio as well as a game. END Games is currently looking to raise $280,000 on the Kickstarter web site to fund Squad Wars. With 28 days to go, it has raised less than $7,000 as of this writing