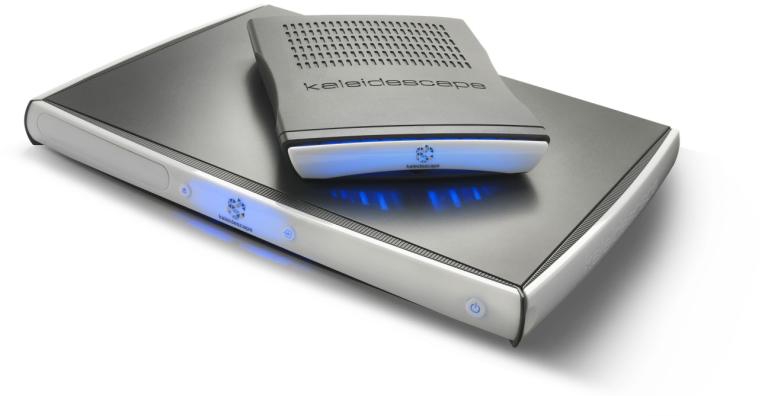 Kaleidescape, makers of multi-room home entertainment devices, has announced a new line of blu-ray players - the M300 and the M500.

The two players can play back 1080p content at 24 frames per second with bitstream pass-through of Dolby TrueHD and DTS-HD Master Audio. The M500 player will be capable of copying a Blu-ray disc to your Kaleidescape home server.

In the press release it was mentioned that the movie studios expressed concern over the disc copying feature. So Kaleidescape requires that the disc be present when playing a movie that was copied from the Blu-ray player. This seems to defeat the purpose of having the copying capability. If the disc needs to be in the player to stream the movie, why stream it at all?

The M500 and M300 players are set to go on sale beginning May 18th. The M500 will MSRP for $3,995 and the M300 will MSRP for $2,495. Kaleidescape also announced a disc loader for the Blu-ray players that is expected to be released the first half of next year. The disc loader will allow you to keep multiple discs loaded for easier playback. The disc loader also will make it easier to stream content from your home server since the disc needs to be present to stream the Blu-ray movies.