Kickstarter is a site that gives people with product ideas a place to pitch their offerings to people who want to donate to their cause. While donators aren’t investing in the idea, they are given rewards for their generosity. Kickstarter just celebrated its second birthday and while many are still unaware of the site, word is getting out and a lot of projects are now being funded.

This week we’ll look at three different projects for the Apple iPod/iPhone, similar to a review we did earlier. This time around we’ll examine a helicopter remote control application (including helicopter!), a camera lens system, and an app that simulates Microsoft’s failed Courier tablet.

Taposé: Bringing the Courier to the iPad

The Microsoft Courier tablet looked to be a revolutionary design with two screens and the ability to run multiple applications and have them interact with each other seamlessly. Although the project was cancelled, the concept was sound and now Benjamin Monnig wants to create an app for the iPad that simulates that functionality. The project is called Taposé, and the goal is to simulate the two screen display on a single tablet. By being able to see multiple apps at once, users will be able to drag names from the address book onto a map to get driving directions, copy images from Safari into a graphics editor, and much more. Work has already begun on the coding thanks to the project more than doubling the target goal of $10,000 with five days to go. For a $10 donation, you can be one of the first people to try out the application when it’s completed. 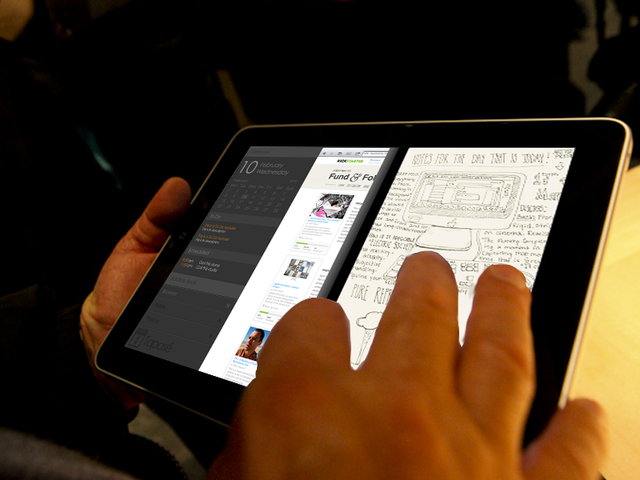 With more and more people using their phones as their main camera, the need for different lenses has been growing. We’ve already see someone create a 360 degree camera for the iPhone, but now we have a project that gives you three different lenses for the phone. With the olloclip, you can now have a wide angle, fisheye, and macro lens that fits easily into your pocket. The lenses work with all of your existing applications, so feel free to pair it up with Instagram or the like. This project has also more than doubled its funding goal, raising $34,944 with nearly three weeks to go. For a $45 donation, you can preorder this lens kit for yourself. 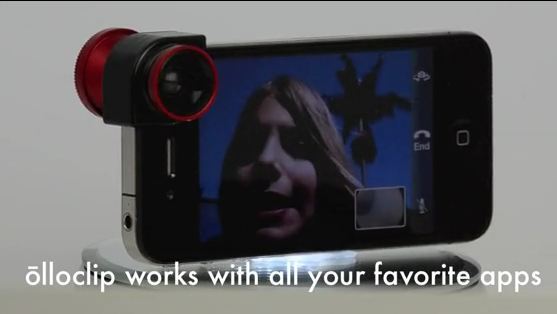 Who doesn’t like remote control toys? From tanks to cars to helicopters, there’s nothing like controlling a vehicle from the comfort of your own couch. Andrew Ayres and Tom Sisterson want to replace the remote control with your iOS device so have created a project that includes not only the remote control but a helicopter as well. By doing this, they hope to be able to reduce the cost of toys since they will all be able to use the same controller. In addition to providing on-screen buttons to fly the helicopter, the toy will also react to motion controls. In order to combat the drain on your device’s battery, they are also creating a controller that plugs into your iPod, iPhone, or iPad, and that’s what communicates with the remote control toys.  The project has three weeks to go and has received over one-third of their $28,000 goal. 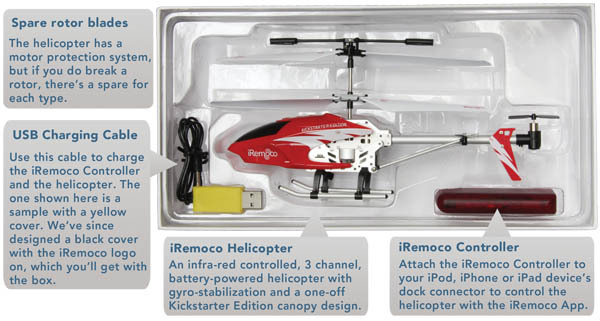