A couple of months ago we were checking out Lenovo’s then latest ThinkPad offering, the X220. Based on Intel’s second generation Core processors, this system was classic business-oriented ThinkPad throughout. A few months before the X220, I had the IdeaPad U260 in-house which was classified by Lenovo as a “thin, light, stylish travel companion”. I mention those two units as a transition to what we have for review today, the new ThinkPad X1.

As the thinnest ThinkPad ever, the X1 seemingly takes the best features from the X220 and the U260 and merges them into one. The result is an extremely thin and sleek 13.4” notebook that is a real follow-up model to the X300 series that many came to own and love a couple of years ago. 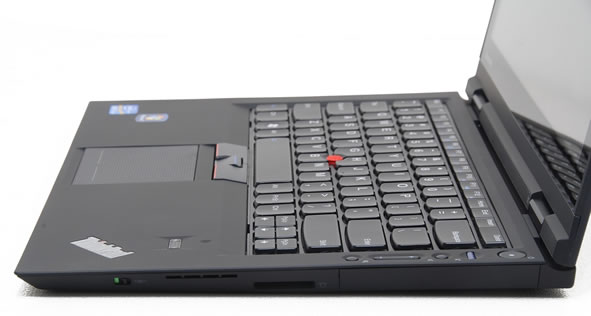 The ThinkPad X1 packs a ton of features and powerful hardware in a thin frame, but it's interesting to note that the X1 lets go of a few key characteristics of the X300. Namely, Lenovo has transitioned to an internal non-removable battery and got rid of the optical drive. In true Thinkpad fashion though, the X1 maintains a rugged design and internal roll cage. For the first time Lenovo has also added a chiclet-style keyboard that is both spill-resistant and backlit.