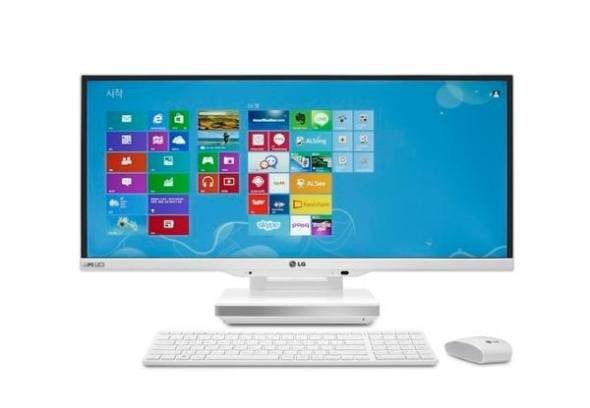 Next week, the IFA trade show in Berlin begins but it looks like LG is jumping the gun a little bit in terms of announcing some of the products they will be showing off during the event. Today, LG revealed plans to release the IPS 21:9 UltraWide All-In-One PC, with Windows 8 installed, with demos planned for IFA.

As seen in the image above, the 29-inch display for this AiO is much wider than normal, although LG doesn't list what the resolution of the monitor is supposed to be in its press release. There's also no word on if this monitor will be a touchscreen. In October 2012, LG launched a 23-inch Windows 8 AiO with a touchscreen, but it was only sold in South Korea.

The 21:9 UltraWide All-In-One PC will have a NVIDIA GeForce GT 640M GPU inside, along with a built in TV tuner that offering picture-in-picture features so that owners can watch TV while also checking out websites at the same time.

Unfortunately, LG is not saying just how much this new Windows 8 AiO will cost, nor did it offer any information on its release date. We suspect that, like its previous Windows 8 product, it may only be officially available in Korea.