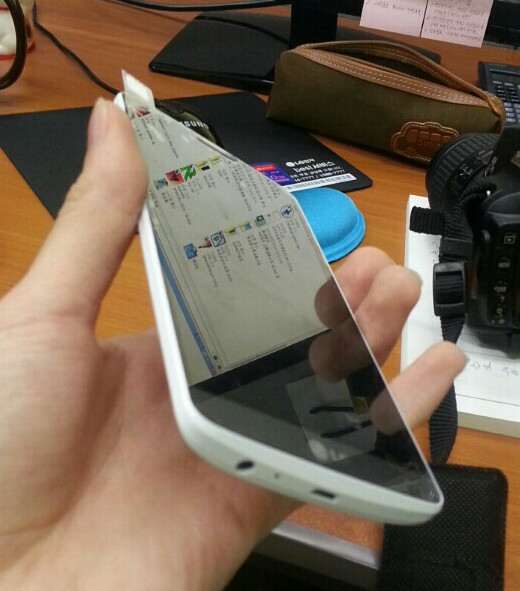 As release dates for devices draw nearer, it becomes more difficult for companies to keep their highly anticipated products under wraps. Today, it looks as though LG’s rumored upcoming flagship device, the G3, has leaked onto the Internet.

Spotted on the Seeko forums, the rumored device has its first clear debut shots showing the front and back of the unit. The model pictured looks similar to the current flagship, the G2. The device has a glossy white finish with what looks like incredibly thin bezel surrounding the LCD.

The volume and power button are located on the back, similar to the G2 and the Flex. While the previous models have the same plastic material on each button, the G3 looks to differentiate the tactile feel by adding a metallic finish to the power button. 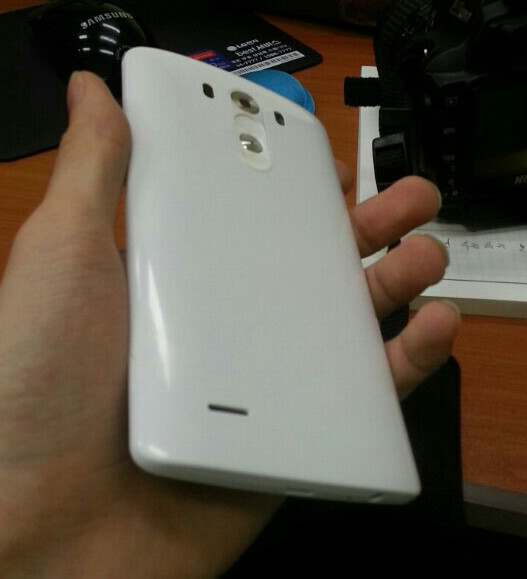 Probably what is most interesting about the images of the rear is the appearance of an extra sensor next to the camera lens. While one of the sensors is most likely a flash, the other could be another camera, like that found on the HTC One M8. LG could also be adding an additional colored flash similar to what can be found on Apple’s iPhone 5S.

As reported earlier, the specifications of the device are rumored to include:

Regardless, all these rumors will be laid to rest when the device launches. LG will hold a worldwide event spanning San Francisco, New York, London, Seoul, Singapore, and Istanbul on May 27th, 2014.