Those of you who are fans of LG’s G3 user experience (UX) will be pleased to hear that the company announced today that it will start to use the same features across it’s range of mid-to-entry level smartphones and tablets which are due for release later this year.

LG said in a press release that due to positive feedback from both customers and reviewers, the company decided that it would make sense to put the UX to use across their entire mobile device range. 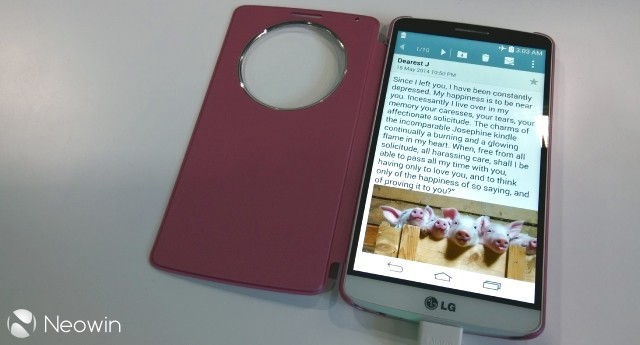 “With the basic principles of the G3’s UX features rooted in making complex technologies simple and convenient, our goal was to provide consumers with a user experience they genuinely need and want,” said Dr. Jong-seok Park, president and CEO of LG Electronics Mobile Communications Company. “Standardising these features across our entry- and mid-tier mobile products is just a natural extension of our desire to make every LG device feel premium and unique.”

Despite the announcement, some features are unlikely to make it to some of the real low-end devices, due to them being hardware dependent, though popular ones such as the new LG camera interface and the Smart Keyboard will.

You can expect devices using the new UX to be released later this year. You can read more about the LG G3 smartphone in our hands-on experience.